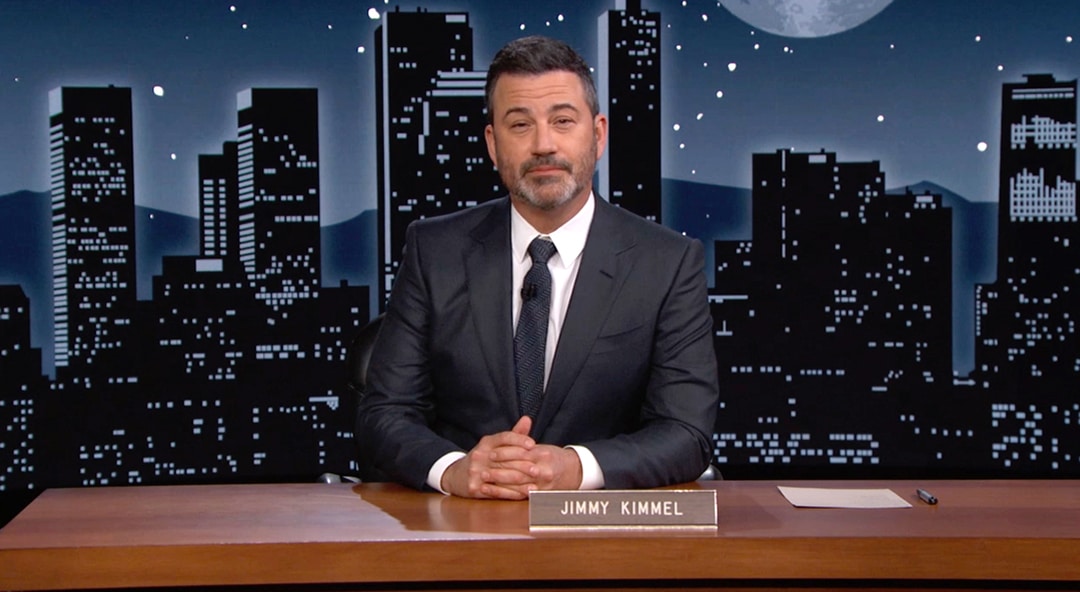 In a shirt reading, I CALL MY OWN SHOTS, Barbie drawls, “Bill Gates is the Antichrist!” The doll even “comes with a computer so she can do her own research!” (We see Barbie typing and twanging, “Sez here Moderna turns yer teeth Jewish!”). When you take Anti-Vax Barbie shopping, she attacks the cashier who demands she wear a mask, while another Barbie in a shirt reading PFIZER TELLS LIEZERS films the besieged worker and yells, “I’m reporting you, bitch, you’re going to jail!”

You can also take Barbie “to the stables,” where she’ll chug ivermectin! Moreover, the only “man-date” this Barbie cares about is “with her proud boyfriend Ken,” who wears a “Let’s Go Brandon” tee and can’t hear his Barbie-pal — the one dressed in JOHNSON AND JOHNSON IS SATAN AND SATAN shirt — because he’s listening to Alex Jones tell him the truth about monoclonal antibodies. The kicker is a hoot:

Mocking the hayseeds is always fun, but what a bonus, when you can jack off some of TV’s biggest advertisers at the same time!

Kimmel’s riff came as Los Angeles Times columnist Michael Hiltzik ran a piece entitled, “Mocking anti-vaxxers’ COVID deaths is ghoulish, yes — but may be necessary.” The priceless part about Hiltzik’s column: he makes a whole range of arguments about why mockery may be “necessary,” but never gets around to saying that laughing at dead anti-vaxxers is actually funny. These people have such shit instincts for humor, they can only embrace it as political necessity. They’re like Putinites who have to chant, “Remember the mammoths!” to get young people to have sex.

The spectacle of posh celebs sneering at hicks who won’t take the jab has been compelling theater for a while now, especially since the smartypants act has often come packaged in outrageous errors. Whether it’s MSNBC’s Joy Ann Reid suggesting horse paste eaters clogging emergency rooms in Oklahoma be stuck at the back of the line for leaving “gunshot victims” untreated (there were no gunshot victims, the story turned out to be bunk), or Goldman analyst-turned-CNN-anchor Erin Burnett joining imperious colleagues Anderson Cooper, Don Lemon, Bakari Sellers, Jim Acosta, and industry mascot Brian Stelter in blasting Joe Rogan for taking a drug “intended for livestock” (Rogan’s human ivermectin dose was prescribed by a doctor), or even Joe Biden announcing he was mandating vaccines for health care workers so you can have “certainty” they can’t “spread it to you” (they can still spread it to you), the endless campaign of maladroit scolding almost seems designed to make fence-sitters refuse the shot out of spite, confusion, or both.

While the shame campaign has been a catastrophe as public health strategy, it has been effective as aristocratic misdirection, a way to keep the public’s eyes off the vault. Maybe that’s what it’s for.

Amidst this week’s hilarity, the Financial Times released a piece entitled, “Wall Street banks set to report record profits for 2021.” Of Citigroup, JP Morgan Chase, Goldman, Sachs, and Bank of America, the FT said, all but Citi are expected to post record profits when the final numbers for 2021 come out. Banks cleaned up in 2020 thanks to underwriting fees from the flood of new Fed-based borrowing, and it was mergers and acquisitions (among other things) this past year. If interest rates tighten anytime soon, they’ll do smashing business again on loans.

Where are all those earnings going? “Banks so far have been using profits to invest in technology, pay bonuses and buy back their own stock,” the FT wrote. Meaning, the bulk of this new wealth — most fueled by roughly $5 trillion in Fed spending since the beginning of the pandemic — is being converted into compensation for a handful of executives. Buybacks have also been rampant in defense, pharmaceuticals, and oil & gas, all of which also just finished their second straight year of record, skyrocketing profits. We’re now up to about 745 billionaires in the U.S., who’ve collectively seen their net worth grow about $2.1 trillion to $5 trillion since March 2020, with almost all that wealth increase tied to the Fed’s ballooning balance sheet.

Why bring this up, in the context of “Anti-Vax Barbie”? Because the goonish intensity of culture war propaganda is clearly increasing as the scale of the national wealth-suck widens. This is beginning to feel like a very fortuitous coincidence, for some.

Having urban sophisticates like Reid or Kimmel or Chuck Todd bash hicks and hayseeds as the cause of America’s problems feels like just the latest incarnation of the age-old game of setting demographics against one another so they don’t behead the mansion residents. The only difference is, the bulk of the propaganda is now coming from center-left talking heads, instead of the usual right-wing suspects (Rush Limbaugh went on Leno to blame the crash on ACORN last time). Wesley Yang put it like this the other day: “I don’t believe the people who posit a conscious conspiracy of the powerful to destroy any possibility of cross-racial alliance in pursuit of redistributionist aims; but you have to admit it sure looks like one.”

I don’t believe in a “conscious conspiracy” either. Still, without constant drumbeats about the treacherous stupidity of anti-vaxxers and “domestic terrorists,” at whom would the bulk of Americans’ anger be directed now?

A good guess would be people like the Fed-fattened private equity takeover artists who were just reported to have swallowed a trillion dollars in companies last year. These are people who force conquered companies to issue reams of new debt to pay them bonuses (taking advantage of a massive public bond-buying program intended as emergency aid) while doing things like cutting shifts for E.R. doctors and nurses in the middle of a pandemic. Even grandfatherly billionaire Warren Buffett’s company Special Metals is currently asking 450 striking steelworkers to accept pay cuts and take on $725 more a month in health premiums, while Buffett himself just floated on our increasingly phony stock market to increase his personal wealth by $1.6 billion in a single day.

Making money is no crime, but in the Covid era, these folks are welfare hogs, not capitalist success stories. Many were staring at ruin two years ago, only to see fortunes reversed by the Mother of All Bailouts. The promise by Fed chair Jerome Powell that they were “not going to run out of ammunition” in propping up the financial markets formally made the economy a rigged game. From the moment the CARES Act was signed to now, the markets have been on a steep rocket-ride upward, and the calculus has remained simple ever since: if you own financial assets, you get richer, and if you don’t, you’re probably screwed.

This makes it convenient for the likes of Buffett and Blackstone CEO Steven Schwarzman and Black Rock chief Larry Fink that the most despised people in America right now aren’t welfare-chugging moguls like themselves, but anti-vax randos wearing PFIZER TELLS LIEZERS shirts.

Obviously the clash of opinions about vaccines in a pandemic is a matter of no small importance, although — and I say this as a fully vaccinated, boosted person — “anti-vaxxers” have been portrayed as a far more monolithic group than they are, and many things that seemed like clear moral issues a year ago have become a lot murkier as we’ve learned more about the limitations of masks, the shot, and most of all, the health bureaucracy running this mess. Still, that’s not the only thing going on here.

In the last half-century or so, we’ve always had effete TV snobs whose job it was to blast the unwashed for wanting handouts or failing to adapt to global competition or, after 2008, being the “losers” who “drank the water” and forced the “water-carriers” to bear the costs of the crash. Before, these people were always Republicans, like Bill Buckley or George Will. In the last five years, the snobs are suddenly all blue. Waves of Maddows and Todds and Colberts and Kimmels go weak in the knees around the non-Trump rich like Jamie Dimon, or intel wraiths like John Brennan, or “experts” like Tony Fauci, who seem to be venerated precisely because they’re calculating industry mouthpieces.

It’s been miserable watching one old friend and colleague after another defect to a mania that worships the same establishment bureaucracies they once loathed. Many of us were raised in a tradition where “Question Authority” wasn’t just the bumper sticker you put on the back of your crappy used car, but the central tenet of a belief system. Particularly for those of us with an absurdist bent, watching a generation of skeptics turn into religious fanatics whose idea of a heretic is a person insufficiently obedient to the ludicrously shifting diktats of overmatched health bureaucrats like Rochelle Walensky has been beyond bizarre. As author and humorist Walter Kirn (check out his outstanding Substack essay “The Bullshit”) put it:

Is it my fault I took my liberal teachers seriously when they urged me to read Catch-22 about the corrupt mindlessness of bureaucratic rule — the very rule they and their cohort now celebrate nonstop and abhor seeing questioned? Sorry I took you seriously, you big sell-outs — Walter Kirn (@walterkirn) January 12, 2022

As I wrote last summer, aspects of the Covid response really do feel like scenes pulled straight from Catch-22. The new mania for testing, with mile-long lines and calls for more and more and more frequent checks as prerequisites for more and more things, is the Great Loyalty Oath Crusade redux: “Every time they turned around there was another loyalty oath to be signed. They signed a loyalty oath to get their pay from the finance officer, to obtain their PX supplies, to have their hair cut…” We feel minutes from a world where any human being not currently in the process of boosting, testing, or masking will inspire instant point-and-shriek terror among the enlightened. As Michael Tracey noted over the holidays, the celebrated NORAD tracker even depicted Santa Claus wearing a mask flying alone miles above earth, a sign of national madness:

According to NORAD, Santa is currently masked while outside flying alone in the sky pic.twitter.com/2xXFc7aJU4

The fact that it’s so far from clear that the pols and officials pushing for ever-ascending quantities of tests and boosters and masks and surveillance have any clue of what they’re doing makes the bourgeois fashion for panicked compliance — and commensurate hatred of the “hesitant” — a creepy enough cultural story in the moment. Decades from now, though, I still think we’ll look back on the way these issues were so successful at keeping people divided while their pockets were picked on a mass scale again as the primary significance of vaccine freakouts.

Billionaire Fed-skimmers like Fink and Schwarzman should pay people like Kimmel bonuses for making sure blue-staters spend more time angsting over horse paste than corruption, and for keeping red-staters angrier at TV stars than any of them. It may keep working for a while. Sooner or later, though, even Americans might talk, and it’d be a short step from there to disaster — Pitchfork Barbie, and not just in Florida and Kentucky, either. That material will write itself.