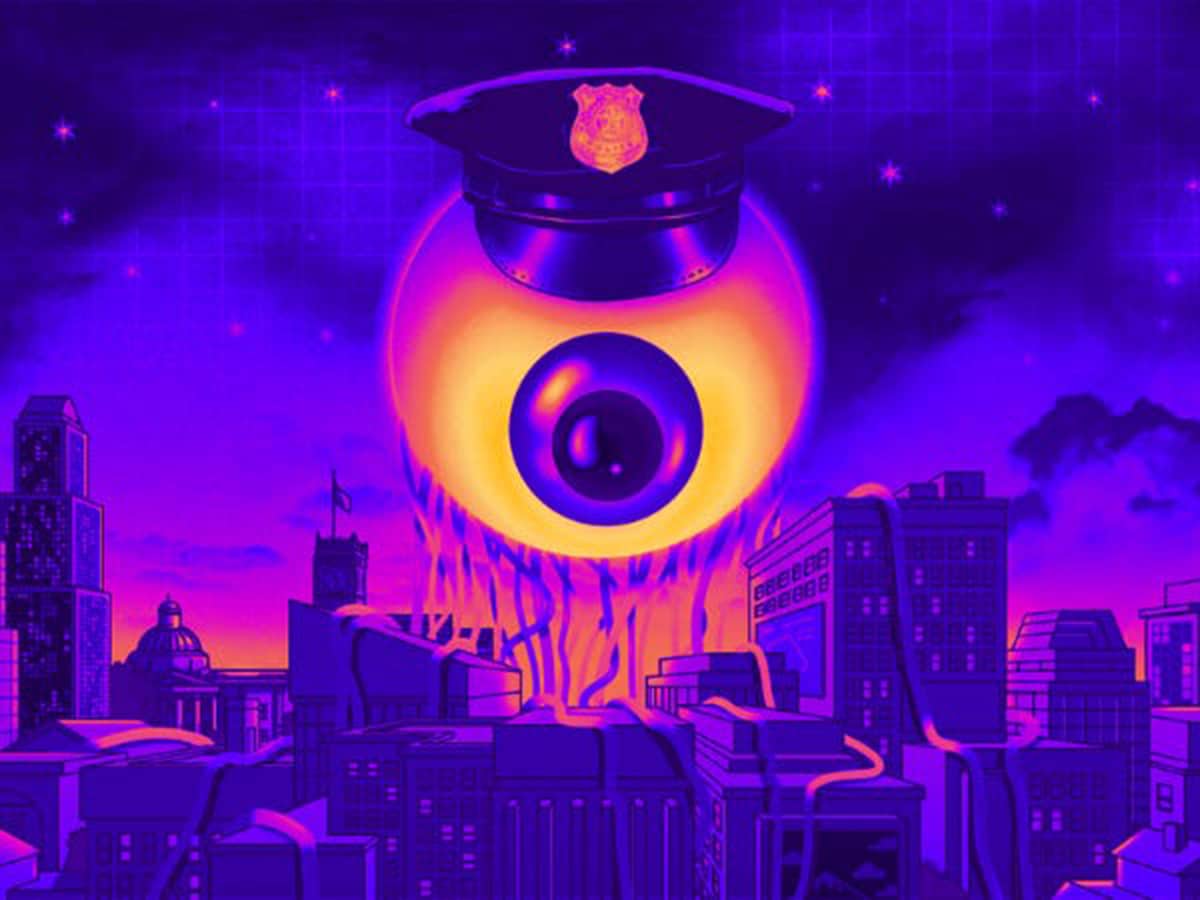 360 Degree Surveillance: How Police Use Public-Private Partnerships to Spy on Americans

“We live in a surveillance state founded on a partnership between government and the technology industry.”— Law Professor Avidan Y. Cover

In this age of ubiquitous surveillance, there are no private lives: everything is public.

There are roughly one billion surveillance cameras worldwide and that number continues to grow, thanks to their wholehearted adoption by governments (especially law enforcement and military agencies), businesses, and individual consumers.

With every new surveillance device we welcome into our lives, the government gains yet another toehold into our private worlds.

Indeed, empowered by advances in surveillance technology and emboldened by rapidly expanding public-private partnerships between law enforcement, the Intelligence Community, and the private sector, police have become particularly adept at sidestepping the Fourth Amendment

Critical to this end run around the Fourth Amendment’s prohibitions against unreasonable searches and seizures by government agents is a pass play that allows police to avoid public transparency requirements (open bids, public meetings, installation protocols) by having private companies and individuals do the upfront heavy lifting, leaving police to harvest the intel on the back end.

As the cost of these technologies becomes more affordable for the average consumer, an effort underwritten by the tech industry and encouraged by law enforcement agencies and local governing boards, which in turn benefit from access to surveillance they don’t need to include in their budgets, big cities, small towns, urban, suburban and rural communities alike are adding themselves to the surveillance state’s interconnected grid.

What this adds up to for government agencies (that is, FBI, NSA, DHS agents, etc., as well as local police) is a surveillance map that allows them to track someone’s movements over time and space, hopscotching from doorbell camera feeds and business security cameras to public cameras on utility poles, license plate readers, traffic cameras, drones, etc.

It has all but eliminated the notion of privacy and radically re-drawn the line of demarcation between our public and private selves.

Over the past 50 years, surveillance has brought about a series of revolutions in how governments govern and populations are policed to the detriment of us all. Cybersecurity expert Adam Scott Wandt has identified three such revolutions.

The second revolution occurred when law enforcement agencies started forging public-private partnerships with commercial establishments like banks and drug stores and parking lots in order to gain access to their live surveillance feeds. The use of automatic license plate readers (manufactured and distributed by the likes of Flock Safety), once deployed exclusively by police and now spreading to home owners associations and gated communities, extends the reach of the surveillance state that much further afield. It’s a win-win for police budgets and local legislatures when they can persuade businesses and residential communities to shoulder the costs of the equipment and share the footage, and they can conscript the citizenry to spy on each other through crowdsourced surveillance.

The third revolution was ushered in with the growing popularity of doorbell cameras such as Ring, Amazon’s video surveillance doorbell, and Google’s Nest Cam.

Amazon has been particularly aggressive in its pursuit of a relationship with police, enlisting them in its marketing efforts, and going so far as to hosting parties for police, providing free Ring doorbells and deep discounts, sharing “active camera” maps of Ring owners, allowing access to the Law Enforcement Neighborhood Portal, which enables police to directly contact owners for access to their footage, and coaching police on how to obtain footage without a warrant.

Ring currently partners with upwards of 2,161 law enforcement agencies and 455 fire departments, and that number grows exponentially every year. As Vice reports, “Ring has also heavily pursued city discount programs and private alliances with neighborhood watch groups. When cities provide free or discounted Ring cameras, they sometimes create camera registries, and police sometimes order people to aim Ring cameras at their neighbors, or only give cameras to people surveilled by neighborhood watches.”

In November 2022, San Francisco police gained access to the live footage of privately owned internet cameras as opposed to merely being able to access recorded footage. No longer do police even have to request permission of homeowners for such access: increasingly, corporations have given police access to footage as part of their so-called criminal investigations with or without court orders.

We would suggest a fourth revolutionary shift to be the use of facial recognition software and artificial intelligence-powered programs that can track people by their biometrics, clothing, behavior and car, thereby synthesizing the many strands of surveillance video footage into one cohesive narrative, which privacy advocates refer to as 360 degree surveillance.

Finally, Wandt sees autonomous cars equipped with cameras that record everything around them as yet another revolutionary expansion of surveillance to be tapped by police.

Yet in the present moment, it’s those public-private partnerships that signify a watershed moment in the transition from a police state to a surveillance state and sound a death knoll for our privacy rights. This fusion of government power and private power is also at the heart of the surveillance state’s growing stranglehold on the populace.

As always, these intrusions into our personal lives are justified in the name of national security and fighting crime. Yet while the price to be paid for having the government’s so-called protection is nothing less than our right to privacy, the guarantee of safety remains dubious, at best.

As a study on camera surveillance by researchers at City University of New York concluded, the presence of cameras were somewhat effective as a deterrent for crimes such as car burglaries and property theft, but they had no significant effect on violent crimes.

On the other hand, when you combine overcriminalization with wall-to-wall surveillance monitored by police in pursuit of crimes, the resulting suspect society inevitably gives way to a nation of criminals. In such a society, we are all guilty of some crime or other.

The predatory effect of these surveillance cameras has also yet to be fully addressed, but they are vulnerable to being hacked by third parties and abused by corporate and government employees.

After all, power corrupts. We’ve seen this abuse of power recur time and time again throughout history. For instance, as an in-depth investigative report by the Associated Press concludes, the very same mass surveillance technologies that were supposedly so necessary to fight the spread of COVID-19 are now being used to stifle dissent, persecute activists, harass marginalized communities, and link people’s health information to other surveillance and law enforcement tools. As the AP reports, federal officials have also been looking into how to add “‘identifiable patient data,’ such as mental health, substance use and behavioral health information from group homes, shelters, jails, detox facilities and schools,” to its surveillance toolkit.

These cameras—and the public-private eyes peering at us through them—are re-engineering a society structured around the aesthetic of fear and, in the process, empowering “people to not just watch their neighborhood, but to organize as watchers,” creating not just digital neighborhood watches but digital gated communities.

Finally, there is a repressive, suppressive effect to surveillance that not only acts as a potentially small deterrent on crime but serves to monitor and chill lawful First Amendment activity. As Matthew Feeney warns in the New York Times, “In the past, Communists, civil rights leaders, feminists, Quakers, folk singers, war protesters and others have been on the receiving end of law enforcement surveillance. No one knows who the next target will be.”

No one knows, but it’s a pretty good bet that the surveillance state will be keeping a close watch on anyone seen as a threat to the government’s chokehold on power.