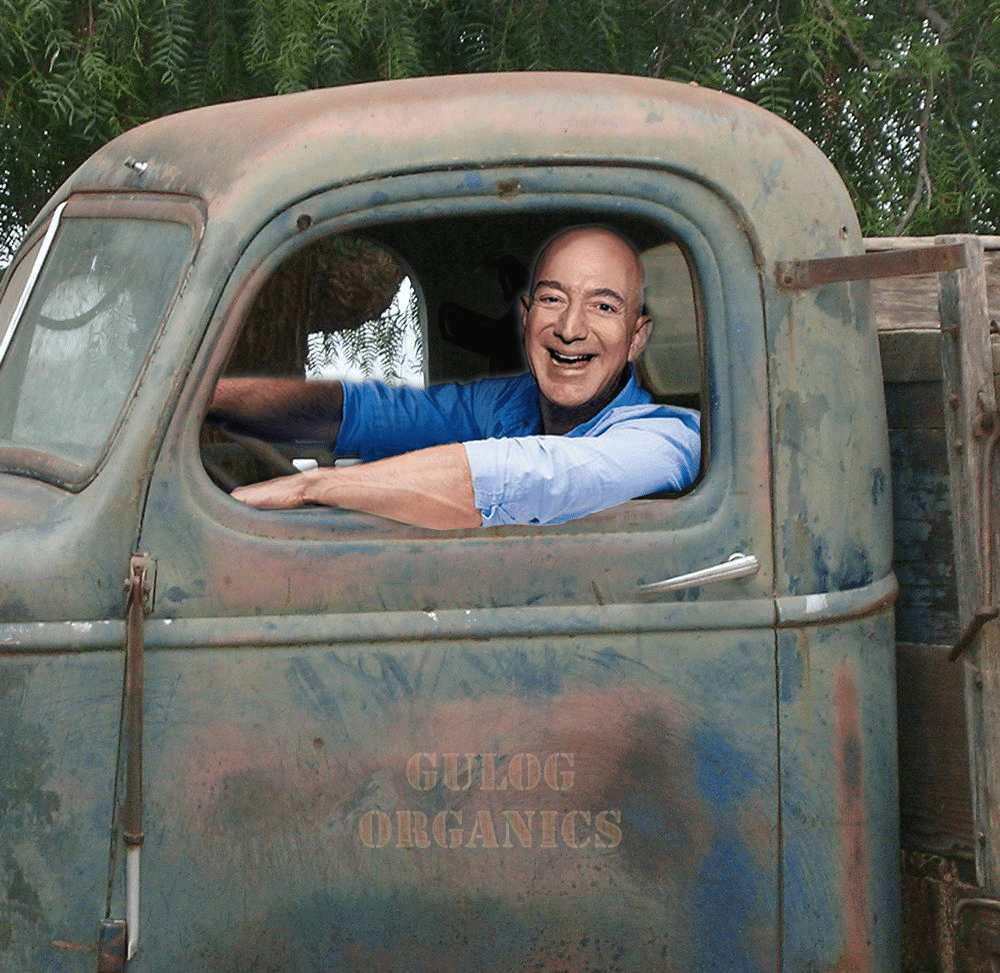 Billionaires? There’s a gulag for that.

Bernie Sanders said billionaires shouldn’t exist and he was absolutely correct. Billionaires do not pay their fair share of taxes. But what are we going to do with them? Is it a good idea to put them back on the streets if they have been stripped of their wealth? Billionaires? There’s a gulag for that.

Imagine a place where billionaires could go—a kinder, nicer gulag that would allow billionaires to reflect on their greed and learn to enjoy the simpler pleasures of life.

Located in Heart Mountain, Wyoming, the new gulag will be like a small town where more than 2000 billionaires can live with their families. The town will have an organic farm, Gulag Organics; a large meeting hall with auditorium; a recreation center with a swimming poll and gym; a state of the art communal kitchen; office spaces with very few computers to discourage white collar crime; and a library with real books—no visible barbed wire or guard towers. The gulag’s residents will be able to keep up on local community events by reading the Gulag News.

The richest man in the world, billionaire Jeff Bezos happily drives the produce truck delivering free fruits and vegetables to the neighboring towns. Now Jeff truly engages in his new life, connecting personally and meaningfully with his neighbors and customers.

Billionaire Jamie Dimon loves waking up early in the morning to harvest the organic vegetables at the farm. He admits that he is beginning to truly understand the value of honest, hard work. 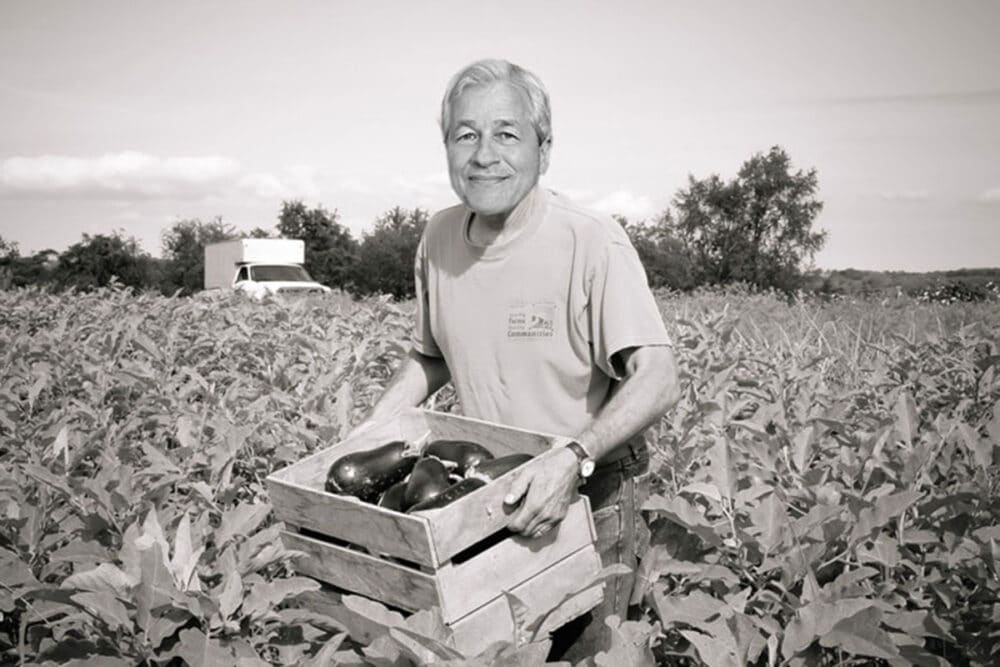 Donald Trump discovered that macrame gives him something more satisfying to do with his hands. 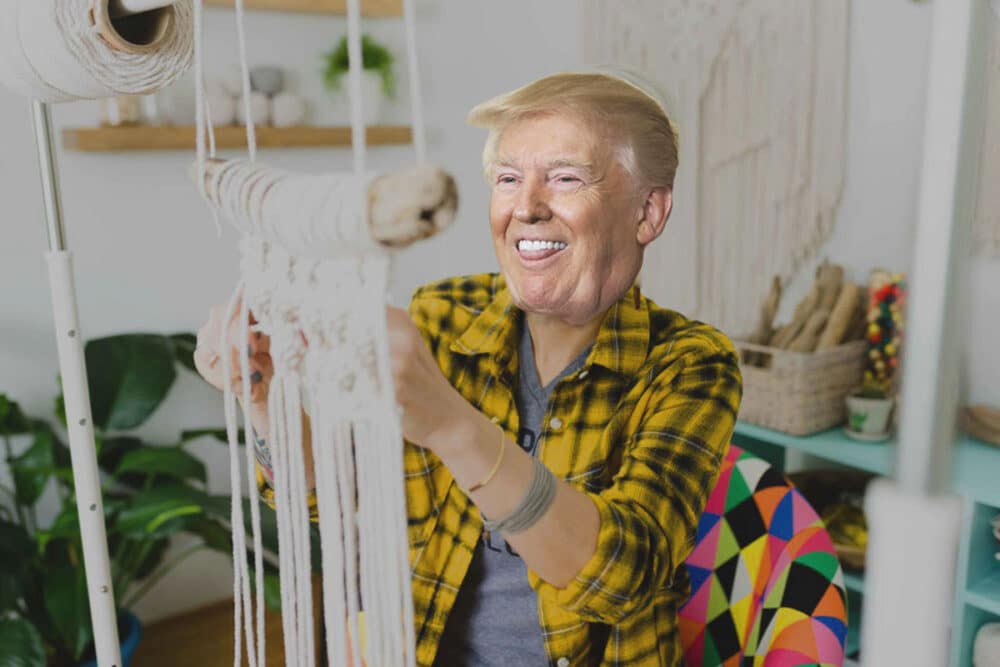 Mike Bloomberg now understands his former employees’ true value as he pounds the pavement and makes the phone calls to do his own reporting for the Gulag News. 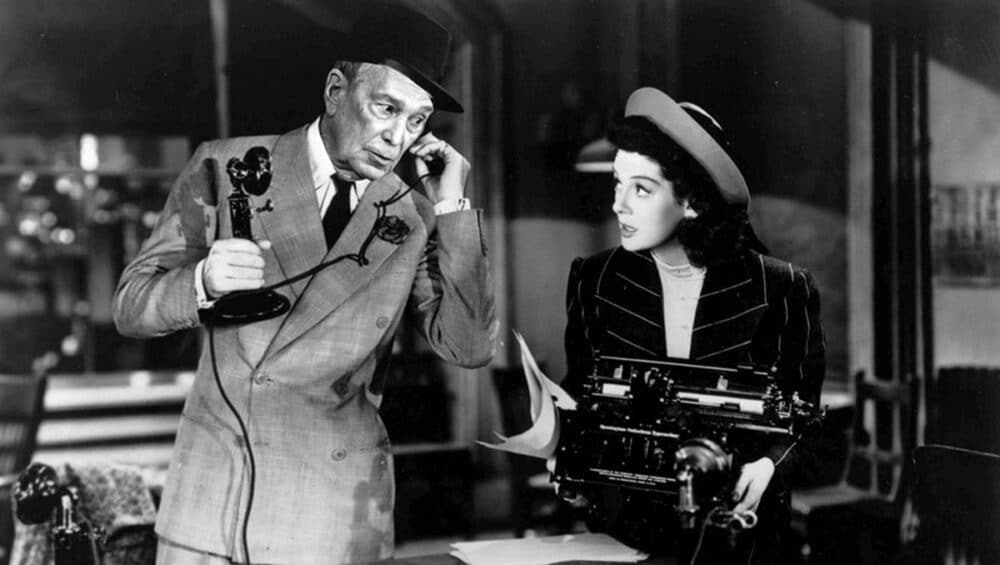 Bill Gates and Oprah starring in “Into the Woods” at the Gulag Community Theatre. Oprah is the Gulag librarian. Bill spends most of his time relaxing and playing lawn darts with Elon Musk. 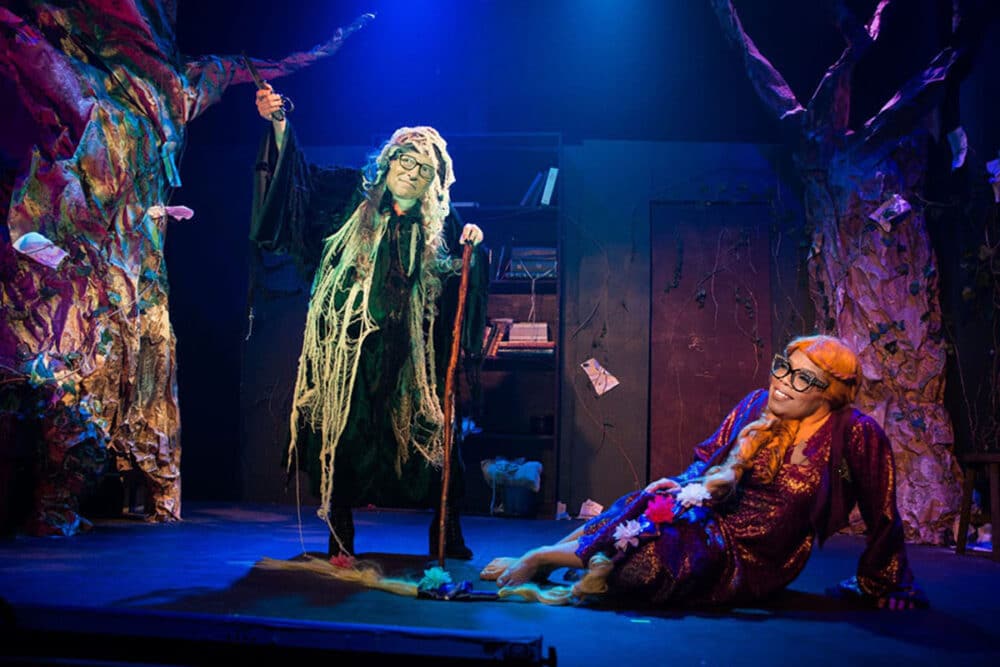 After taking a hard look at the policies and practices that he, his brothers and his companies have sanctioned over the years, Charles Koch, in a moment of clarity, understood that he should gladly pitch in to start cleaning up his own mess. 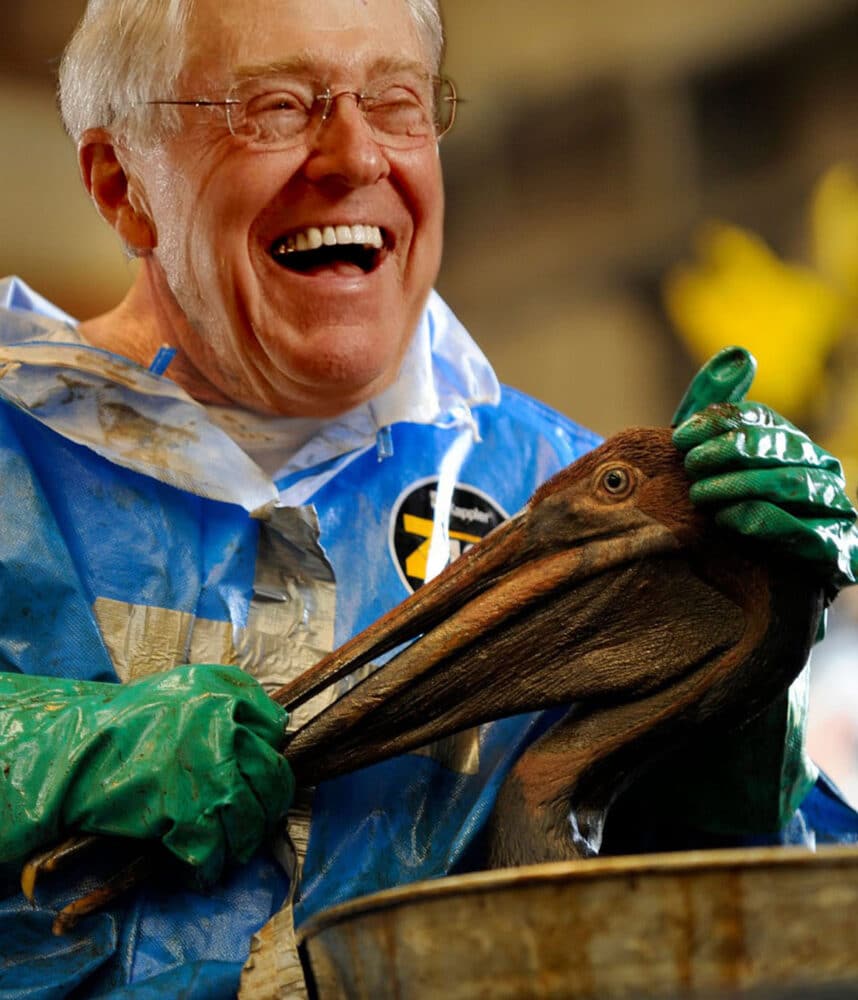 Do you think they’ll go willingly? What are the chances that Charles Koch would really clean an oily pelican?

No, billionaires won’t relinquish their wealth voluntarily. We have have to do it for them. It’s not a new idea.

In 1934 Senator Huey Long, eying a presidential run from the left against Roosevelt in 1936, proposed his “Share our Wealth ” program. He cited wealth and income inequality that was, arguably, less unequal than it is today.

“How many men ever went to a barbeque and would let one man take off the the table what’s intended for nine tenths of the people to eat? The only way to feed the balance of the people would be to make that man come back and bring back some of that grub he ain’t got no business with.” —Huey Long, 1935

Some of the basic tenets of Long’s proposal:

To be clear, Huey Long was a flawed individual, narcissistic and personally corrupt (not unlike most politicians today), but many will argue that his policies enacted while he was governor of Louisiana from 1928-1932 brought the state out of the dark ages.

One can also effectively argue that proposals in this vein, like Andrew Yang’s 2019 Universal Basic Income plan, merely tinker with capitalism, rather than implement democratization of the means of production.

Discussions like this at least frame the basic questions. What billionaires need all that money to survive? What billionaire couldn’t suck it up to live on $20,000,000 per year?