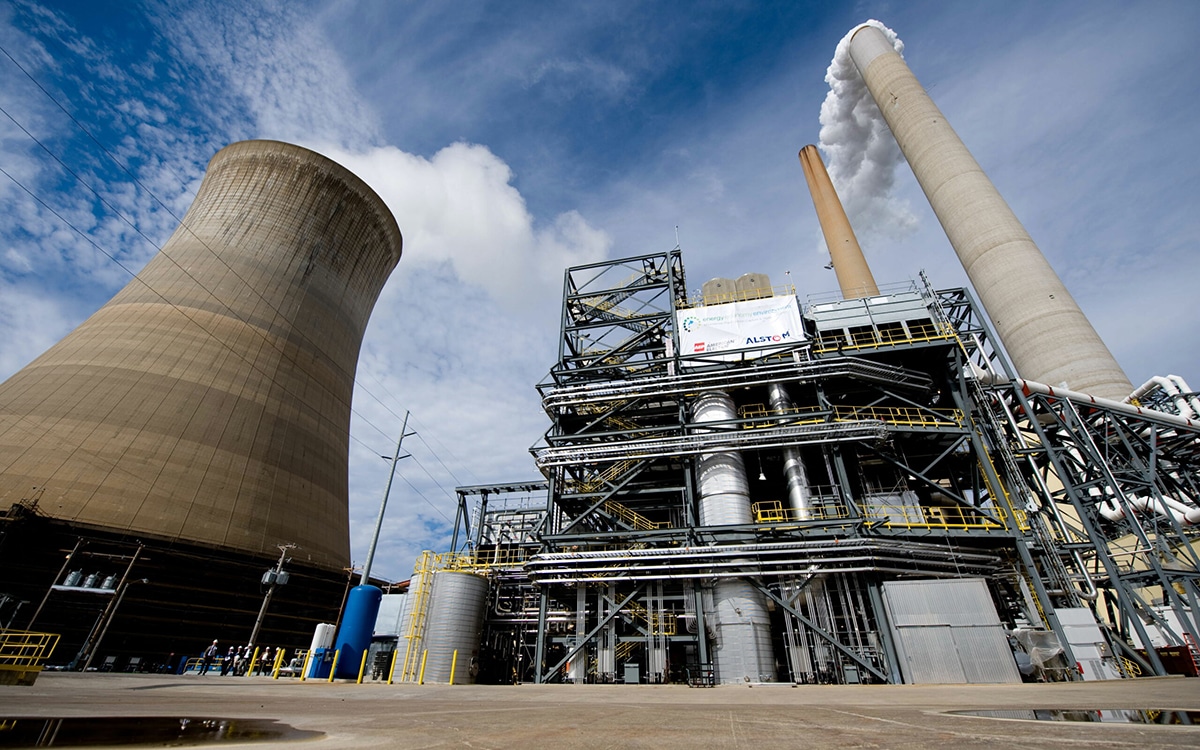 An analysis published this week shows that past congressional efforts to bolster fossil fuel industry-backed carbon capture schemes have amounted to little more than a sinkhole of taxpayer money—a pertinent warning as Congress moves once again to pump billions of dollars into the failed technology as the climate crisis intensifies.

“What the fossil fuel industry hopes you won’t find out is carbon capture is already a failure of an experiment, funded with taxpayer money.”

As a cautionary tale, the report from Food & Water Watch points to the 2009 American Recovery and Reinvestment Act, a stimulus package that put forth $3.4 billion for the research and development of carbon capture and storage (CCS) projects.

The results weren’t exactly encouraging. Food & Water Watch notes that “out of 11 large-scale demonstration projects selected by the Department of Energy (DOE), nine were funded by the ARRA and only two remain operational.”

“Of the five commercial power plant projects,” the analysis shows, “only one (Petra Nova) ever reached operation and Petra Nova faced serious challenges, forcing the plant to close after fewer than four years.”

Food & Water Watch says “this track record should elicit serious concern,” given that the recently approved Inflation Reduction Act “increases federal tax credits for CCS technology, putting even more public dollars on the line for a technology with a failed track record.”

The Bipartisan Infrastructure Act, a law crafted in part by top Big Oil ally Sen. Joe Manchin (D-W.Va.), also greenlights $2.1 billion in loans and grants for new CCS infrastructure, which fossil fuel companies have embraced in what environmentalists say is a cynical ploy to stave off effective climate action.

“What the fossil fuel industry hopes you won’t find out,” Food & Water Watch declared, “is carbon capture is already a failure of an experiment, funded with taxpayer money.”

One failed CCS initiative that Food & Water Watch examines in its analysis is a project that was supposed to be built in Manchin’s home state. As the report notes, “American Electric Power (AEP) attempted to capture the CO2 emissions from a 235-megawatt coal electric power generator in West Virginia and inject the CO2 into geological storage near the facility.”

“AEP withdrew from the project at the definition stage of development, after receiving over $16 million from the [Department of Energy],” the report explains. “AEP claimed that the project would not be viable without additional federal support or legislation limiting emissions. Though the DOE was willing to shoulder half the $668 million cost of the project, AEP was unable to force ratepayers to cover the other half. If completed, the CCS-equipped unit would have represented 18% of the electric capacity of the power plant.”

Food & Water Watch has repeatedly expressed concerns about the Inflation Reduction Act’s support for carbon capture, given its history of failure. In some cases, major carbon capture efforts in the United States have produced a net increase in carbon emissions.

That raises questions about the Inflation Reduction Act’s potential to slash U.S. carbon emissions by 40%, a key claim of the law’s proponents. As Food & Water Watch observed in an August analysis, estimates of the new law’s emissions-slashing potential rest on “highly dubious predictions about the effectiveness of carbon capture, and the notion that the industry would see massive growth in just a matter of months.”

In their latest report, the climate group argues that even supposed carbon capture success stories are highly questionable.

“Archer Daniels Midland’s Decatur project, which received $141 million from the DOE and began operation in 2017, aims to sequester 1 million tons of CO2 per year from an ethanol plant in Decatur, Illinois,” the report reads.

But “ADM’s CCS facility only captures the emissions that are a byproduct of the fermentation process, leaving a wide range of uncaptured emissions from ethanol production,” the analysis continues. “Food & Water Watch estimates that ADM’s ethanol production at this facility requires 8.2 billion cubic feet of natural gas and 260 million kWh of electricity. Emissions from these sources are equal to 1.066 million metric tons per year and equal the emissions ADM plans to capture from the fermentation process.”

“In 2020,” the report adds, “ADM admitted that the technology to capture these emissions doesn’t exist.”