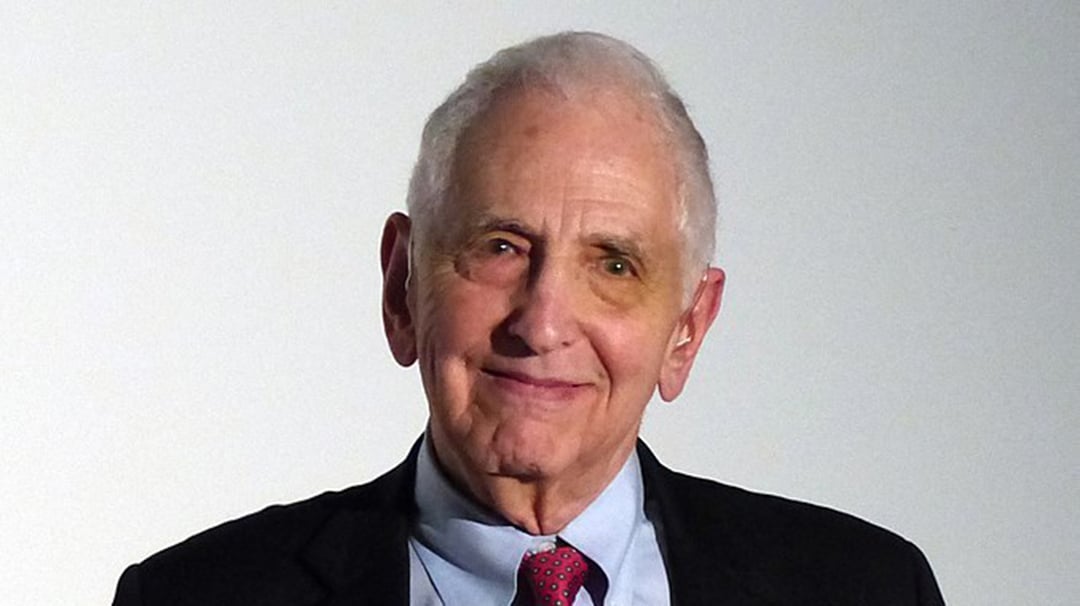 Nuclear brinkmanship is reaching a boiling point as the war in Ukraine enters its third month. Although the US. and NATO have refrained from putting troops on the ground in Ukraine to fight Russia’s invasion of the European nation, American involvement in any shape pits two nuclear powers against one another in the most direct way since the Cold War. With every day that goes by, the threat of nuclear war looms large, as any wrong move by the US or Russia could lead to a point of no return. Daniel Ellsberg, the whistleblower who leaked the Pentagon Papers to the media, took part in planning a US response to a nuclear attack during the Cold War, an experience that provides him with a unique perspective on this dangerous moment in history.

On this week’s “Scheer Intelligence,” Ellsberg joins host Robert Scheer to discuss just how close the world is coming to annihilation in the context of the Ukraine conflict. While the two disagree on certain nuances relating to US officials’ eagerness or “giddiness” to actually deploy nuclear weapons, throughout the lively discussion they arrive at stark warnings about what direct conflicts with Russia over Ukraine, and China over Taiwan, would mean to the future of the human race. The whistleblower’s most recent book, “The Doomsday Machine: Confessions of a Nuclear War Planner,” illustrates just how precarious the US hold over its own nukes is, highlighting that weapons with the power to cause the extinction of mankind belong in no country. Upon rereading Ellsberg’s book, Scheer, who reported on the nuclear disaster in Chernobyl and interviewed President Ronald Reagan about his perspective on nukes, says he has become even more terrified of the prospect of nuclear war than ever before.

To Ellsberg, however, the rationale that US and Russian leaders use when sabre-rattling is clear: the threat of nuclear war justifies obscene military spending and lines the pockets of arms dealers in both countries. The ethics of gambling with humanity’s existence for the sake of anyone’s bottom line should be viewed as repulsive from any perspective or political ideology. Unfortunately, Ellsberg and Scheer recognize, there are people even within the Biden administration who seem unphased by this sort of immorality. As far as Putin goes, the whistleblower argues, although he hasn’t deployed any nuclear weapons, the threat of doing so has effectively kept the US from intervening further in Ukraine. In this sense, the Russian president is already “using” his country’s nuclear arsenal to his advantage.

Listen to the full conversation between Ellsberg and Scheer as they discuss the chilling possibility that either Russia or the US will launch its nuclear weapons in the near future.