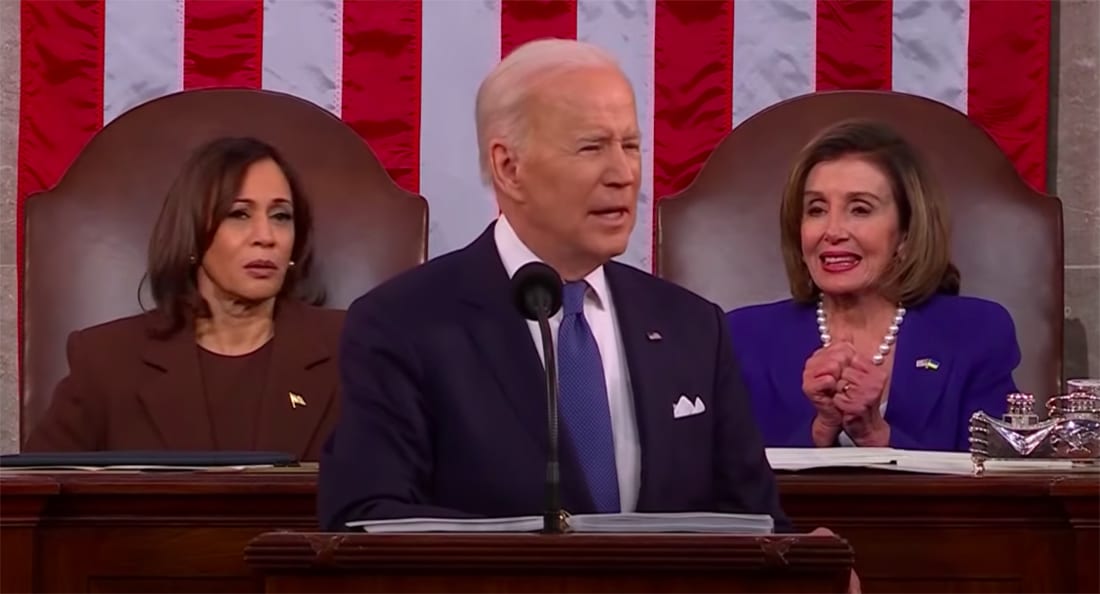 Republicans are up in arms over remarks from the White House depicting the Trump-aligned faction of their party as “extremist”, which Press Secretary Karine Jean-Pierre defended Thursday by saying that MAGA Republicans are extremist because they disagree with the majority of Americans.

“When you are not with what majority of Americans are, then you know, that is extreme; that is an extreme way of thinking,” Jean-Pierre said. 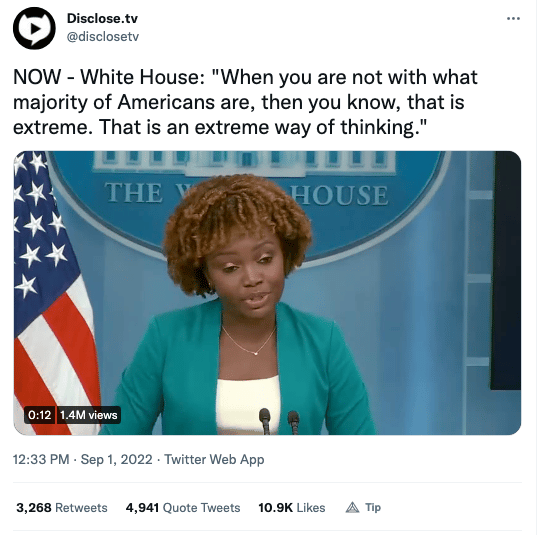 If you look at who is inflicting the most violence, terrorism and tyranny upon the largest number of people in our world, it’s clear from the numbers that the worst offender by far is not fringe neo-Nazi groups, nor violent jihadists, nor communists nor anarchists nor environmentalists nor incels, but the bipartisan political consensus of the US-centralized empire.

The only reason the mainstream views espoused by Democrats and Republicans are mainstream is because massive amounts of narrative management have gone into creating that consensus. The fact that the social engineers of the oligarchic empire have poured vast fortunes into making sure Americans consent to capitalism, corruption, militarism and murder is the only reason those perspectives are so mainstream that they can be labeled “moderate” or “centrist”.

When people hear the word “extremist” they tend to think of groups like ISIS or the Ku Klux Klan, but per definition an extremist is just someone whose political or religious beliefs can lead them to do violent or illegal things. The US empire would crumble if it didn’t do violent and illegal things continuously, which is why its body count dwarfs those of any of the extremist ideologies the news media tell us to worry about. And it is fully supported by both Republicans and Democrats.

To pick a recent illustration of essentially limitless possible examples, imagine what the response would have been if a prominent MAGA pundit had given an award to neo-Nazis at an event hosted by the US military during the Trump administration. Imagine how Democrats and their aligned media would have responded to such an event.

Can you picture it? Can you hear the shrieking in your mind’s ear? Good. Because that’s exactly what happened at the Pentagon’s annual Warrior Games at Disney World a few days ago, only it was a liberal pundit and Ukrainian Nazis during the Biden administration.

SCOOP: Multiple Ukrainian Nazis were invited to Disney World by the Pentagon to participate in the 2022 DoD Warrior Games. Liberal comedian Jon Stewart even honored a former hardcore Azov militant for his “personal example.” New from me in @TheGrayzoneNews Jon Stewart and the Pentagon honor Ukrainian Nazi at Disney World – The GrayzoneDefense Department-sponsored “Warrior Games” featured liberal comedian Jon Stewart awarding a member of Ukraine’s neo-Nazi Azov Battalion at Disney World. The Pentagon refused to tell The Grayzone whether US taxpayers funded the foreign competitors’ travel. This August, during the Department of Defe…thegrayzone.com

In a new report titled “Jon Stewart and the Pentagon honor Ukrainian Nazi at Disney World,” The Grayzone’s Alex Rubinstein shows the former Daily Show star presenting an award to a member of Ukraine’s neo-Nazi Azov Battalion who is wearing a t-shirt and a suspicious-looking red sleeve on one of his arms, with another photo showing the same Azov member a tattoo of a Nazi symbol on that same arm. Rubinstein presents evidence that this wasn’t the only Nazi-affiliated Ukrainian at the event, which was also attended by musician Darius Rucker.

I keep thinking I’ve seen the most liberal thing that could possibly happen, but 2022 keeps proving me wrong. I have a hard time imagining how you beat a liberal comedian honoring a Ukrainian Nazi with an award at a Pentagon event in Disney World, but I’m sure they’ll find a way before long.