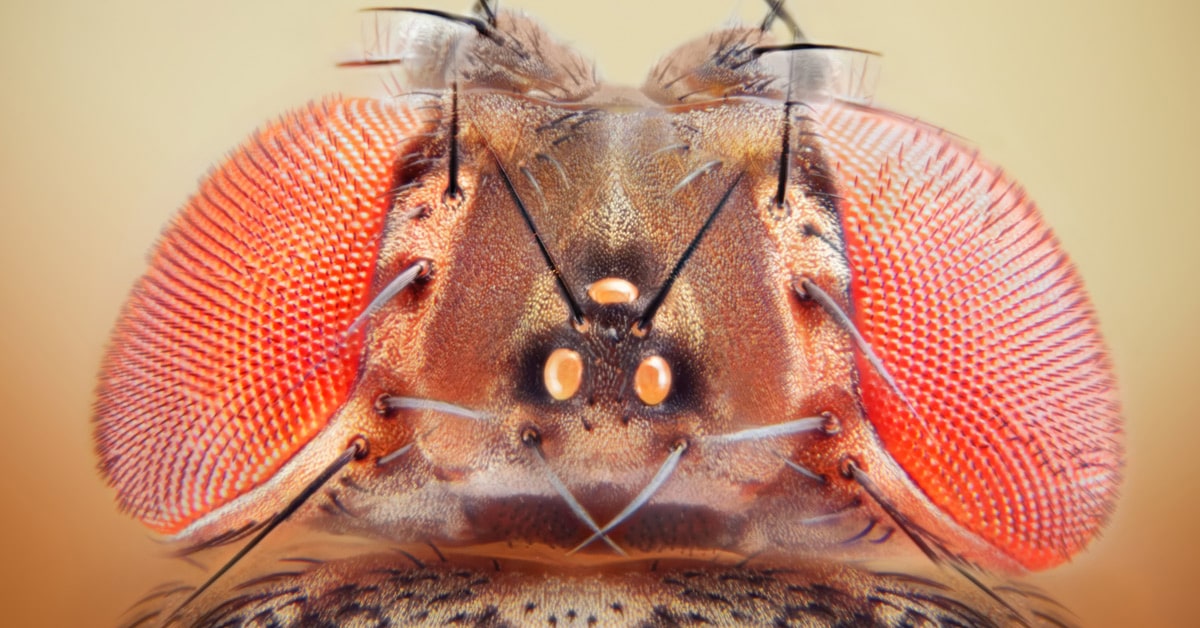 The biotech company Future Fields has notified the Canadian authorities of its intention to commercialize EntoEngine, a genetically modified fly. The flies are engineered to produce foreign proteins – in this case, growth factors, which are cell signaling molecules that play important roles in cell proliferation and development, for use in what Future Fields calls “cellular agriculture” – what we call lab-grown or fake meat, GMWatch reported.

The public can comment on the application until 28 January 2023 and we encourage them to do so. In our view, EntoEngine flies poses serious environmental risks in the likely event that they will escape contained conditions.

Future Fields argues that the GM fly is needed to replace the usual way of producing growth factors – in bioreactors. The company confirms what GMWatch has long said – that bioreactor technology is expensive, resource and energy hungry and produces vast quantities of problematic waste. The company concludes, reasonably, that growth factors cannot be produced cost-effectively using bioreactor technology – so they aim to produce them in GM drosophila, or fruit flies.

The company makes grand claims for the fly’s sustainability and environmental friendliness, compared with bioreactor protein production, based on lower input use and less greenhouse emissions. Drosophila, Future Fields says, “do not have these large operation costs and require only modest environmental controls to ensure optimal rearing… Drosophila can feed on organic side streams and byproducts from other processes (i.e. organic waste). In fact, insects are some of the most efficient organisms at converting nutrients into biomass.”

However, the problem with this “solution” is that even with a cheaper source of cell growth factors in the shape of the flies, lab grown meat will still need to be produced in huge bioreactors, with the consequent vast running costs and environmental impacts.

Future Fields describes the status of the patent on EntoEngine as “pending”. Our patent search on the Espacenet and USPTO databases only found one patent on a GM insect with Future Fields as an applicant. The patent, titled “Method for producing recombinant proteins in insects”, describes the general concept patent but lacks the experimental data to prove that the system actually works. It’s unclear whether other patents exist, but the details of this patent illustrate the types of process that would be used for EntoEngine protein production.

The patent focuses on heat stress (taking the temperature up to 35-40 degrees C) as the trigger that will activate expression of the transgenes in the flies to produce the desired growth factors.

In all likelihood, the yeast-derived gene expression regulator is a member of the heat shock factor family of proteins. The function of these proteins is elevated upon heat stress and their role is to increase expression of genes that will help the organism protect itself from external stresses (e.g. heat, cold, UV light).

Regarding the heat stress trigger, the patent describes a gruesome and torturous process of gradually getting the flies used to the higher temperature of the heat stressor so that they don’t die from the shock of a sudden rise, by applying the stressor interspersed with “rest” periods.

When the insects have exhausted their ability to produce growth factor, they are killed and “harvested”, in the words of the Future Fields patent, then ground up into a mass, and the desired protein is extracted and purified out. It is unclear how well the purification process will work and GMWatch warns that native fly proteins could end up contaminating the final product.

The company’s patent and publicity make a big deal out of the supposedly superior ethics of using fruit flies to manufacture growth factors for “cellular agriculture”, as opposed to extracting them from fetal bovine serum (FBS) taken “from fetuses of pregnant cows prior to slaughter”. The patent says that cattle-derived FBS gives rise to “ethical concerns regarding the production of cultured meat products”.

But the point on ethics is disingenuous and contradictory, as Future Fields itself justifies its GM flies approach as replacing growth factors produced in bioreactors and not as replacing FBS, because FBS is not used by the lab grown meat industry.

Along the same lines, Future Fields’ use of language in its patent seems manipulative. While the cattle from which FBS is derived are subject to “slaughter”, the GM fruit flies are merely “harvested”, just like the crop plants that even vegans would be happy to eat.

But anyone concerned with the ethics around animal use in agriculture is unlikely to be impressed by Future Fields’ description of its GM fly as “a standalone biofactory” – the ultimate reduction of a living creature to a machine.

At a time when prominent environmentalists, from Sussex University’s Prof Dave Goulson to TV’s David Attenborough, are trying to persuade the public to give insects the respect they deserve as key regulators of ecosystems, genetically engineering fruit flies and then characterising them as “biofactories” or as non-sentient beings on a par with a wheat or maize crop seems distasteful in the extreme.

By timely coincidence, recently published EU-funded research shows that fruit flies, though “tiny”, are ” amazingly smart”. They are capable of attention, working memory and conscious awareness – abilities we usually only associate with mammals.

The main risk posed by the GM flies is environmental. Containment facilities for GM animals are notoriously insecure – GM glofish have escaped from tanks and are breeding in the wild in Brazil and a whistleblower report paints a damning picture of lax attitudes and neglect of protocols at AquaBounty’s GM salmon-producing facilities. The risk with GM flies is that they could escape and breed in the environment or cross-breed with natural flies, leading to the escape of growth factor-producing genes into wild populations.

This wouldn’t pose a human health risk, as most of us don’t eat living fruit flies and the proteins in dead flies would quickly degrade. But plenty of animals, including mammals, fish, amphibians, and birds, do eat living flies. Because the growth factors in the GM flies are mammalian, they will to some degree be active in any animal that ingests them. This could cause uncontrolled cell division in the animal consumer – potentially leading to cancer.

In evaluating environmental risk in the case of an escape, much depends on what triggers are used to make the growth factor-producing genes express. The heat stress triggers discussed in the patent are worrying because they are designed to spring into action at 35-40 degrees C – temperatures regularly reached in the climate conditions of many parts of the world. And this raises the question: What happens at 31 or 32 degrees? Nothing, or something? And if something, then what?

Future Fields’ GM fly appears to be an invention of dubious utility that will do little to improve the sustainability of the environmental catastrophe-in-the-making that is lab grown meat. It poses unacceptable environmental risks in the event of an escape and the ethics around the GM fly’s grim life and grimmer death are dubious, to say the least.