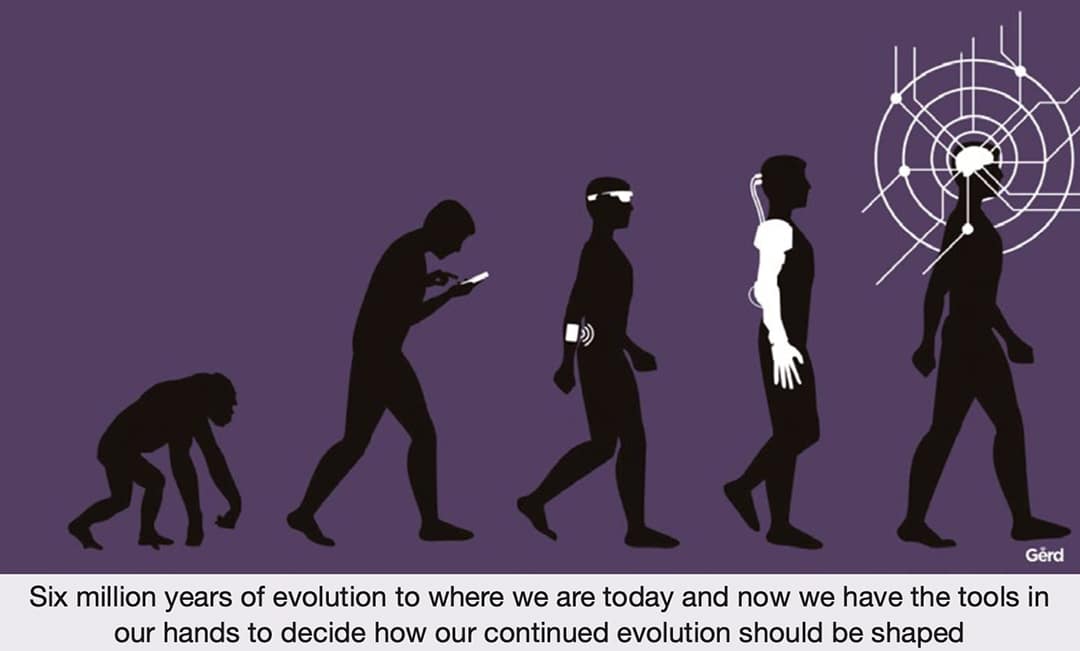 Human Augmentation – The Dawn of a New Paradigm

To begin this report highlights the important and benefits of human augmentation. From the report:

Human augmentation will become increasingly relevant, partly because it can directly enhance human capability and behavior and partly because it is the binding agent between people and machines. Future wars will be won, not by those with the most advanced technology, but by those who can most effectively integrate the unique capabilities of both people and machines. The importance of human-machine teaming is widely acknowledged but it has been viewed from a techno-centric perspective. Human augmentation is the missing part of this puzzle.

Of course, one of the first questions that must be asked when reading this report is what is human augmentation. An image from the report lists the technologies. The back of the report details these technologies in great detail:

The document goes on to write that the role of ethics and public perception in the use of human augmentation are not the deciding factors in developing human augmentation. The general consensus of the report is that human augmentation is critical for natural security for the future development of warfare. It will be the military industrial complex (national interests) the ultimately decides what is developed.

We cannot wait for the ethics of human augmentation to be decided for us, we
must be part of the conversation now. The ethical implications are significant but not insurmountable; early and regular engagement will be essential to remain at the forefront of this field. Ethical perspectives on human augmentation will change and this could happen quickly. There may be a moral obligation to augment people, particularly in cases where it promotes well-being or protects us from novel threats. It could be argued that treatments involving novel vaccination processes and gene and cell therapies are examples of human augmentation already in the pipeline.

The need to use human augmentation may ultimately be dictated by national interest.

Countries may need to develop and use human augmentation or risk surrendering influence, prosperity and security to those who will. National regulations dictating the pace and scope of scientific research reflect societal views, particularly in democracies that are more sensitive to public opinion. The future of human augmentation should not, however, be decided by ethicists or public opinion, although both will be important voices; rather, governments will need to develop a clear policy position that maximises the use of human augmentation in support of prosperity, safety and security, without undermining our values.

The report goes on:

Human augmentation is our first insight of what lies beyond today’s Information
Age – the coming of the Biotech age. The Biotech age will see focus on the human grow. No longer will it be adequate to regard people merely as the means to operate
the machine. The interdisciplinary nature of human augmentation will render our current Industrial Age model of Defense ineffective. Defense must consider how it reorganizes to meet a future that will demand a human-centric approach to warfare where the person is armed with the capabilities to integrate fully into a single platform.

Differences in national, cultural and legal approaches will lead to an uneven uptake
of human augmentation within international alliances. This will further complicate interoperability, integration and deconfliction. Overcoming these challenges will demand closer cooperation between allies. Alliances must therefore start work now to understand how and where to prepare for the use of human augmentation.

In reading this report, if it important to understand how military complexes around the world view the human augmentation model for warfare.

Human augmentation will play a key role in reducing the risk of cognitive overload as warfare becomes faster, more complex and more congested. Bioinformatics are likely to play a key role in identifying commanders and staff with the right cognitive and adaptive potential for command and control roles. Brain interfaces linked to machine learning algorithms have the potential to rapidly accelerate the speed and quality of decision-making.

Today’s rehabilitation tools: tomorrow’s enhancements – physical and mental rehabilitation may, in the near term, prove to be the front line of human augmentation in Defense. Advanced prosthetics to rehabilitate wounded personnel represent the cutting edge of robotics and the latest neurostimulation devices and pharmaceuticals have been used to treat post-traumatic stress disorder. Further development of these treatments will not only help to rehabilitate injured personnel, but they could also pave the way for future enhancements.

The report make the point that warfare models must conceptualize human beings as a platform “technology,” one that comprises physical, psychological and social performance. This is summarized in the following image:

Now read the caption from the report written below image at the top of the page, it states,

“six million years of evolution to where we are today and now we have the tools in our hands to decide how our continued evolution should be shaped.”

The report emphasizes that the development of human augmentation being presented goes beyond warfare, it suggests that humans will now control their own evolution via genetic engineering.

The arrogance and hubris in this point of view is enormous. That in one or two generations, the military industrial complex will pivot to controlling human evolution via genetic engineering and human augmentation is not only naive, ethically corrupt but fundamentally dangerous.

Another image from the report:

The report goes on to discusses the advantages of genetic engineering:

Another aspect of the report delves into personal information and the need to supersede such issues:

The key to developing effective human augmentation is an improved understanding of how both the body and technology work and how they work together. This will require access to, and analysis of, personal data: whether it is psychophysiological variables, collection of personal reference data, analysis of medical markers, or supervision of training routines. Only if these building blocks are put in place, will there be enough understanding to ensure that human augmentations can be made precisely and with certainty that the desired effect will be achieved. Only when (or if) this happens will the science of human augmentation arrive.

To end, this 110 page report is detailed and complex. It documents the ways humans can be augmented in great detail. I ask all of you to please read this report. Absorb this information and get ready for the coming battle.

We need to work to control and regulate the development of human augmentation now, before it truly is a fait accompli.

(The above Images and quotes from the report entitled “Human Augmentation – The Dawn of a New Paradigm” are being used for educational purposes under Section 107 of the Copyright Act).