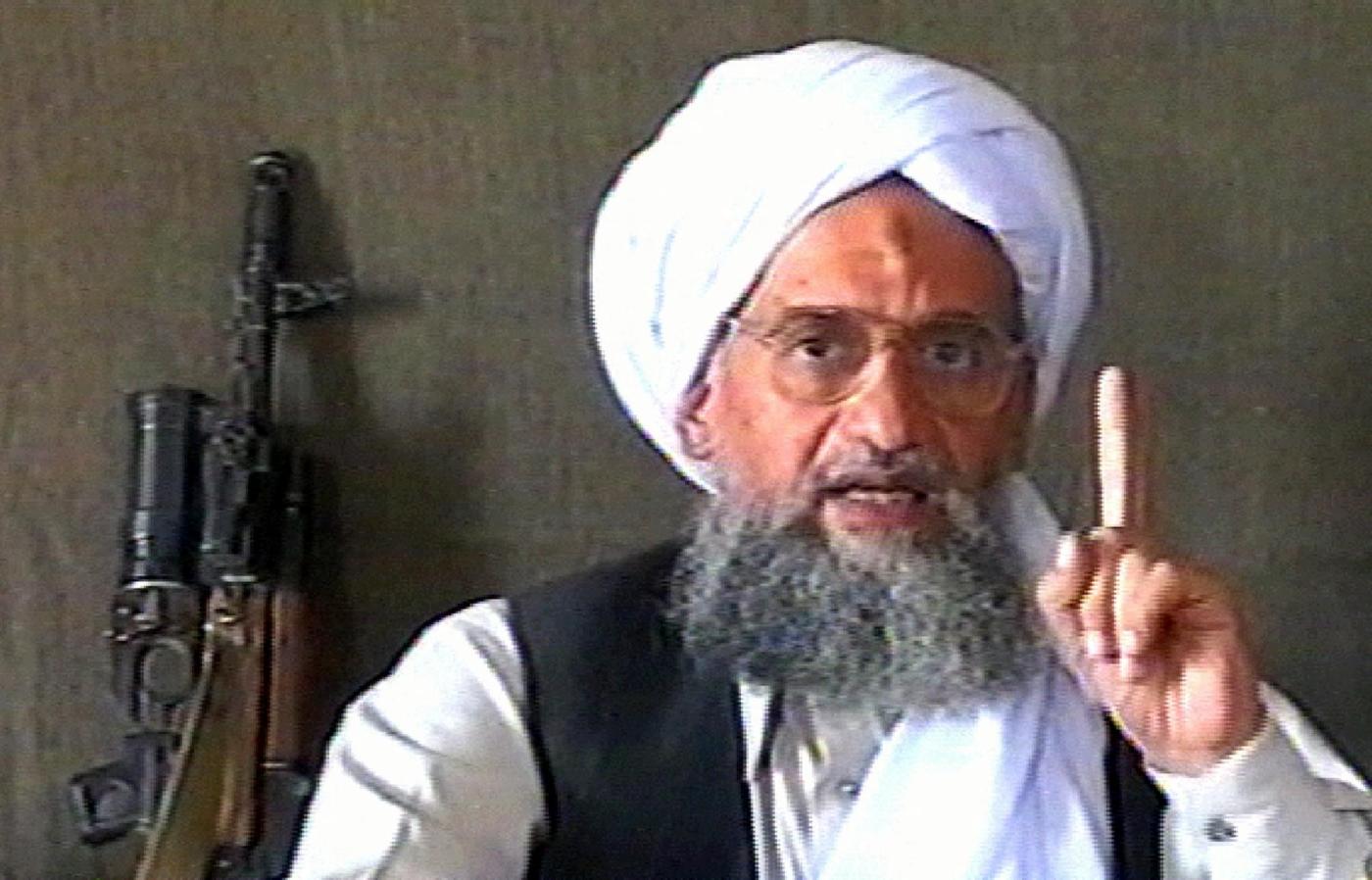 America has lost its purpose

Killing terrorists is no substitute for strategy

With Ayman al-Zawahiri dead, now is time for Washington to abandon the failed counterterrorism policies of the last two decades. Rather than vindicating that approach, as supporters of the Biden administration claim, the al-Qaeda leader’s assassination shows how little it has accomplished. This may well be America’s last chance to fundamentally reorient its foreign policy before the country suffers far more devastating losses than those it has inflicted on itself during the War on Terror.

On Wednesday, while pundits were still helping the White House congratulate itself for killing the 71-year-old terrorist leader, China responded to House Speaker Nancy Pelosi’s visit to Taiwan by launching a massive, four-day combined arms live fire exercise around the island. While the US broadcasts mixed signals about its commitment to defending Taiwan, Beijing has been absolutely clear that it is willing to go to war, and has now encircled the island in an unprecedented show of force.

The lesson of the past week could not be any clearer. The American ruling class has no sense of what role it is meant to play in world affairs. It acts with reckless senility, provoking rival powers while uncertain of its own aims. To distract from this underlying reality, it fixates on symbolically potent acts like the killing of al-Zawahiri. But for how long can this go on?

None of which is a reason to mourn for al-Zawahiri, if indeed he is really dead. This is at least the fourth report of his death over the last two decades, though the first time it has been announced by a US president. Surely the best time to have killed al-Zawahiri would have been when he came to the United States in 1993 on a Bay Area fundraising tour — the same year of the first al-Qaeda-directed World Trade Center bombing, which killed six people. But better late than never.

Assuming that the reports of his death are real, however, it would be prudent  to take the details with a grain of salt. After all, the initial details about the raid that killed al-Zawahiri’s predecessor, Osama Bin Laden, who had supposedly used his wife as a human shield, were later revealed to be false, the products of a manufactured narrative. The timing of the 2011 Bin Laden raid was no doubt connected to the exigencies of the intelligence business; it had a political dimension as well, taking place in the same year Obama withdrew American troops from Iraq.

The circumstances around al-Zawahiri’s death raise a different set of questions. It appears that the al-Qaeda leader entered Afghanistan last August shortly after the chaotic US withdrawal and Taliban takeover of the country. He was staying in an upscale area of downtown Kabul, a short distance from where the US once housed its embassy, reportedly in a safe house owned by a senior aide to Sirajuddin Haqqani. This is a significant detail because Sirajuddin, in addition to being the author of a recent op-ed in the New York Times, is the leader of the powerful Haqqani network, an outgrowth of the Haqqani dynastic clan, which has played a key role in Afghan politics for decades and whose patriarch, Jalaluddin, was once fêted by members of Congress as an anti-Soviet mujahideen commander. In addition to holding a place on Washington’s “specially designated global terrorist” list, Sirajuddin is also a member of the new Taliban government, serving as its acting interior minister.

When I arrived in Afghanistan in 2012 as a US Army officer, the Haqqani name was spoken of in grave tones. Operating from their stronghold in Paktia province, on Afghanistan’s treacherous southeastern frontier with Pakistan, the Haqqanis commanded an extended network of tribal loyalists, intelligence operatives, terrorist cells, and paramilitary forces. Under the leadership of Sirajuddin, they were kingmakers in Afghanistan’s fractious political scene and survived the two decades of US occupation by skillfully balancing relationships with al-Qaeda and other jihadist groups, the Pakistani intelligence services and the Taliban. Among soldiers, the Haqqanis were known for their skill at orchestrating complex terrorist attacks inside Afghanistan. In contrast with typical Taliban fighters, who were the country bumpkins of the Pashtun heartland, and whose attacks, while deadly, relied on conventional ambush tactics, the Haqqanis were more sophisticated and more lethal.

One fairly obvious conclusion to draw from the head of al-Qaeda being put up in downtown Kabul is that neither the Taliban nor the Haqqanis were overly concerned about a possible American response. But that is not the conclusion being drawn in Washington. Taking their cues from President Biden’s statement that the killing of al-Zawahiri is “proof that it’s possible to root out terrorism without being at war in Afghanistan”, foreign policy mandarins say the drone strike proves Washington’s “strategy” is working. Its success shows that the U.S. should rely more on “over-the-horizon” counterterrorism capabilities — i.e. those which do not require large numbers of American troops on the ground to be effective — as the central pillar of national security policy.

In an article for the Daily Beast headlined, “Biden Keeps a Promise With His Zawahiri Strike,” David Rothkopf writes:

“The attack was more than just a strike against a longtime member of America’s most-wanted terrorist list. It was both a vindication of Biden’s decision to leave Afghanistan and a demonstration of the effectiveness of Biden’s counterterrorism strategy.”

An NBC news article polishes up a different angle of the official narrative by publicising Biden’s extraordinary scrupulousness and the “surgical” nature of the attack. “The strike was so precise that it killed al-Zawahiri on a balcony without harming family members elsewhere in the house,” the article reports, citing (who else?) an anonymous Biden official. Among the story’s five different authors is Ken Dilanian, whose close relationship with the U.S. security establishment has included routinely submitting past articles to the CIA for review before they were published.

Beyond simply cheering for the party in power, these narratives promote the idea that drone strikes are an effective strategy for destroying America’s enemies and keeping its citizens safe. “See,” say the foreign policy experts and their validators in the media, “this is how we should have done it all along. We never needed to invade Afghanistan — to say nothing of Iraq — and spend two decades nation-building in order to target al-Qaeda.”

But while they are right about the folly of nation-building, they are delusional if they think that counterterrorism represents anything new and improved in the US policy arsenal. Over-the-horizon capabilities have been a central and growing plank of American power for the past two decades. Nor should we lose sight of the fact that the capabilities now being celebrated for their effectiveness and surgical precision are the very same methods employed last summer, when a different U.S. drone strike in Kabul killed 10 civilians, including seven children. The official narrative about that attack, dubbed “Righteous Strike,” was that it had targeted Islamic State members who were transporting explosives and posed an imminent threat to American troops. That false narrative spread widely before the grim truth came out.

Over-the-horizon capabilities are a fine thing for a nation to have but they are simply a tool, not a strategy for achieving long-term peace. In reality, if counterterrorism worked as advertised, al-Qaeda would have collapsed years ago. “According to recent scholarship based on papers captured from Bin Laden’s hideout, the CIA’s drone campaign that targeted al-Qaeda between 2008 and 2013 devastated the core organisation, which was based in Pakistan and Afghanistan,” wrote Steve Coll in a New Yorker column published after al-Zawahiri’s death.

If it were possible for the US to drone strike its way to a lasting victory in the War on Terror, the war would already be won. But as Coll’s observation implies, the backdrop of the terrorist problem is the states which support them. Counterterrorism is great for generating publicity ops, lucrative contracts for the defence industry, and reliable sinecures for legions of experts. But in two decades of war, it was never able to address the fundamental reality of the Pakistani state’s support for al-Qaeda. Nor could it keep Afghanistan from falling right back into the hands of the Taliban.

In the most important conflicts taking place today, in Ukraine and around Taiwan, America’s over-the-horizon tools are of limited use. Even the spectacle of notching new “kills” on the high-profile terrorist scoreboard seems to be losing its lustre. Much of the appeal of counterterrorism at this point, apart from promising to prevent more fruitless two-decade occupations, is that it is a self-perpetuating institution. The counterterrorism lobby is more powerful than ever inside Washington because it offers the appearance of a guiding strategic principle behind American power, where none actually exists.

As US leadership escalates confrontation with two nuclear powers in China and Russia, it cannot even define where its nation’s vital interests are at stake in those arenas. The long exercise in hunting down terrorist groups has been a diversion from the core responsibilities of statecraft: defining one’s relationship to other countries in a way that maximises the security and prosperity of the nation.

Can Pelosi articulate how her trip to Taiwan benefited Americans? In a bare room with no aides, could Biden convincingly explain what the US involvement in Ukraine is meant to accomplish? To avoid catastrophe, America needs leaders who can answer such basic questions, not more drones.