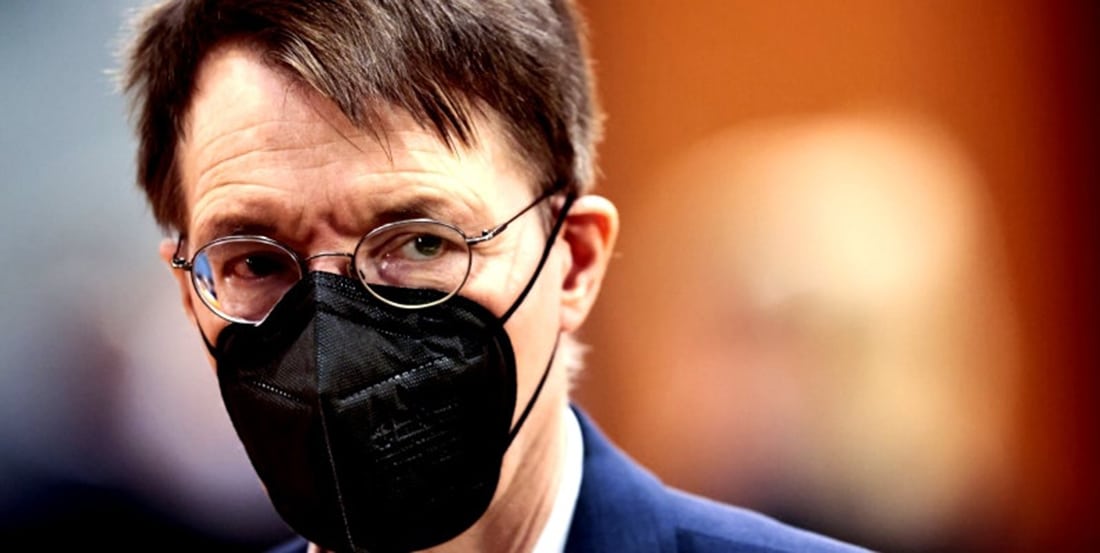 So, the government of New Normal Germany is contemplating forcing everyone to wear medical-looking masks in public from October to Easter on a permanent basis. Seriously, the fanatical New Normal fascists currently in charge of Germany’s government — mostly the SPD and the Greens — are discussing revising the “Infection Protection Act” in order to grant themselves the authority to continue to rule the country by decree, as they have been doing since the Autumn of 2020, thus instituting a “permanent state of emergency” that overrides the German constitution, indefinitely.

Go ahead, read that paragraph again. Take a break from the carnage in non-Nazi Ukraine, the show trials in the US congress, monkeypoxmania, Sudden Adult Death Syndrome, Sudden Bovine Death Syndrome, family-oriented drag queens, non-“vaccine”-related facial paralysis, and Biden falling off his bike, and reflect on what this possibly portends, the dominant country of the European Union dispensing with any semblance of democracy and transforming into a fascist biosecurity police state.

OK, let me try to be more precise, as I don’t want to be arrested for “spreading disinformation” or “delegitimizing the state.” Germany is not dispensing with the semblance of democracy. No, the German constitution will remain in effect. It’s just that the revised Infection Protection Act — like the “Enabling Act of 1933,” which granted the Nazi government the authority to issue any edicts it wanted under the guise of “remedying the distress of the people” — will grant the New Normal German government the authority to continue to supersede the constitution and issue whatever edicts it wants under the guise of “protecting the public health” … for example, forcing the German masses to display their conformity to the new official ideology by wearing medical-looking masks on their faces for six or seven months of every year.

In addition to a ritualized mass-demonstration of mindlessly fascist ideological conformity (a standard feature of all totalitarian systems), this annual October-to-Easter mask-mandate, by simulating the new paranoid “reality” in which humanity is under constant attack by deadly viruses and other “public health threats,” will cement the New Normal ideology into place. If not opposed and stopped here in Germany, it will spread to other European countries, and to Canada, and Australia, and the New Normal US states. If you think what happens in Germany doesn’t matter because you live in Florida, or in Sweden, or the UK, you haven’t been paying attention recently. The roll-out of the New Normal is a global project … a multi-phase, multi-faceted project. Germany is just the current “tip of the spear.”

Sadly, the majority of the German masses will mindlessly click heels and follow orders, as they have since the Spring of 2020. They’re all enjoying a “summer break” at the moment, but come October they will don their masks, start segregating and persecuting “the Unvaccinated,” and otherwise behaving like fascists again. I hesitate to blame it on the German character, because we’ve witnessed the same mindlessly fascistic behavior all around the world over the past two years, but, I have to admit, there is something particularly scary about how the Germans do it.

Meanwhile, Germany’s FBI (der Bundesverfassungsschutz, or BfV) is hard at work enforcing the new Gleichschaltung. According to a report in Die Welt, the BfV is not just surveilling people who use terms like “Corona dictatorship” (and presumably a long list of other “wrongspeak” words), but it is also “surveilling people and groups that disseminate conspiracy theories, or call the democratic nature of the state into question.” Politicians are insisting that the BfV “toughen up the classification of political crime, especially regarding the Corona deniers.”

Yes, that’s right, publicly challenging the official Covid-19 narrative, or protesting official New Normal ideology, is a political crime here in New Normal Germany. It has been since May 2021, when the Bundesverfassungsschutz established a new official category of domestic extremism … “Anti-democratic or Security-threatening Delegitimization of the State.” I covered this in one of my columns at the time (“The Criminalization of Dissent” ) as did some corporate press, like The New York Times (“German Intelligence Puts Coronavirus Deniers Under Surveillance”), but, for some reason, the story didn’t get much traction.

“Delegitimization of the State” … let that language sink in for a moment. What it means is that anyone the New Normal authorities deem to be “delegitimizing the state” can be arrested and charged as a “political criminal.” I wasn’t entirely clear on what is meant by “delegitimizing,” so I looked the word up, and the definition I found was “to diminish or destroy the legitimacy, prestige, or authority” of something, or someone, which … I don’t know, sounds a little overly broad and subject to arbitrary interpretation.

Naturally, I am a little uneasy, living in a former-Nazi country where I could be classified as a “political criminal” for my activities as an author and a political satirist … which, of course, is the point of the new classification. It is meant to scare dissidents like me into silence. Or … OK, it isn’t meant for me. It is meant for German dissidents like me. I’m an American, not a German citizen. So the chances of a heavily-armed “Special Commando” team storming my apartment in the wee hours of the morning and arresting me on trumped-up weapons charges — as they recently did to Dr. Paul Brandenburg, an outspoken opponent of the New Normal Reich — are probably (hopefully) fairly remote.

In any event, I would never do that, i.e., attempt to diminish the prestige or authority of the Federal Republic of New Normal Germany, or in any way compare it to Nazi Germany, or any other totalitarian system, or describe it as a nascent biosecurity police state wherein the rule of law has been supplanted by the arbitrary edicts of fascist fanatics, because that would just be asking for trouble. After all, if we’ve learned anything from history, the smart thing to do during times like these is to keep one’s mouth shut and follow orders, and if you hear a train coming … well, just look the other way.