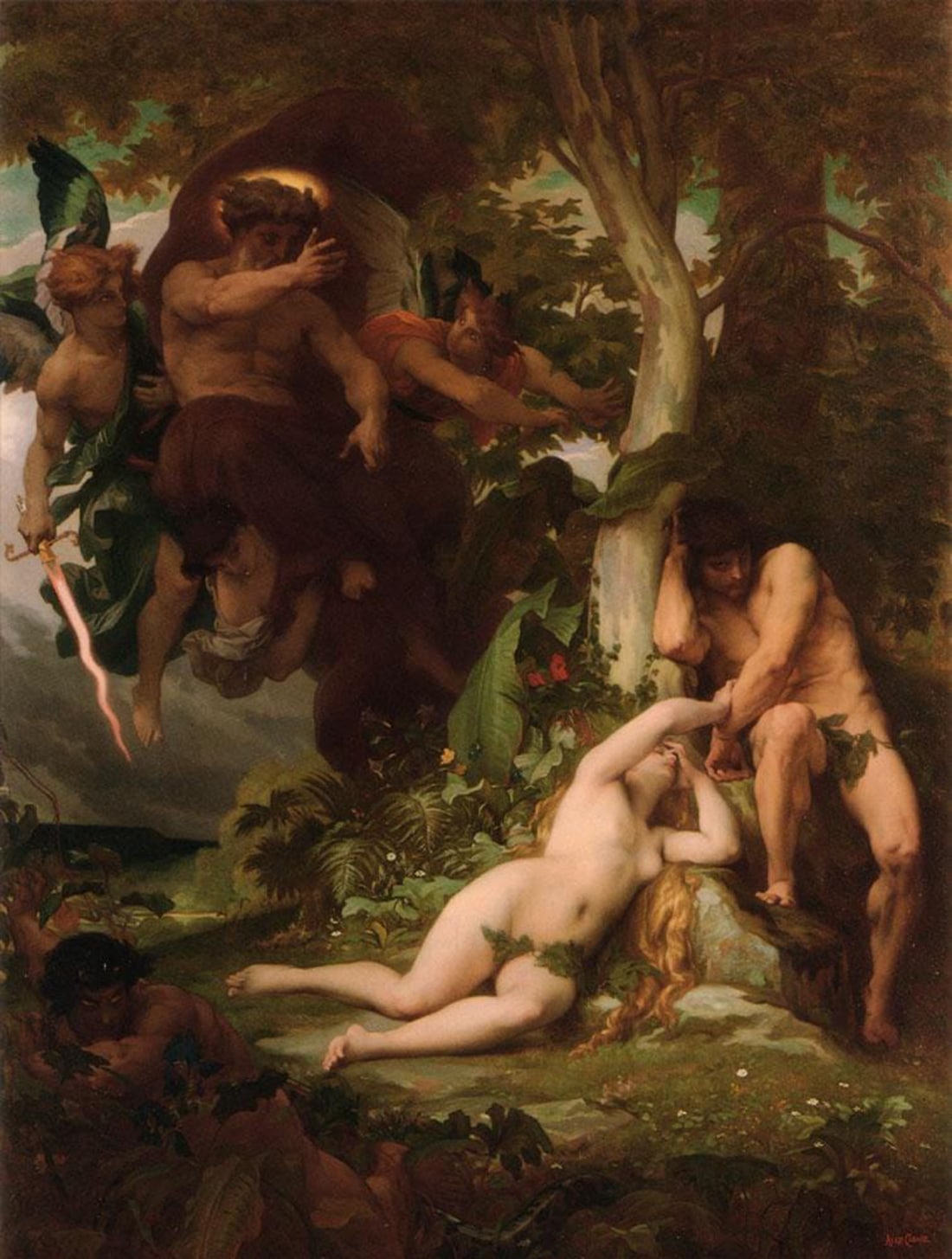 The Secret of Success is to Have No Fear

“No one is easier to terrify than those who believe that everything is over when its fleeting phenomenon is extinguished. The new slaveholders have noticed this, and this explains the importance for them of materialistic theories …”

“[W]e will never overturn the death-system enslaving us if we remain on the purely political level and do not found our resistance on this empowering spiritual transformation: it is the only weapon we possess that can enable us to take on the immense physical power of the system. But we have a difficult task ahead of us, to incorporate this spiritual dimension into our political struggle, because radical ideologies generally not only neglect this element, but actively reject it…”

Over the course of the past year, much of my writing has had to do with the importance of integrating a spiritual perspective into revolutionary political theory.

This seemed necessary to me because it is clear that Western civilization is pathologically death-phobic, and modern-day propagandists are able to weaponize this fear of death to manipulate populations into betraying their values.

Now, of course there can be no doubt that the fear of death as old as human consciousness, and much of the insanity of our species surely pertains to the fact that we are conscious of our mortality, and must come to terms with the fact that we’re all going to die. But the form that that fear takes will vary according to the cultural context.

When I compare Canadian attitudes towards death towards those I encounter in Mexico, where I now live, I maintain that there is something particularly pathological about the fear of death prevalent amongst secular materialists.

In Mexico, where a syncretism of Catholicism and animism is the norm, COVID was just not as big of a deal, because death is just not as big of a deal. Mexico is, of course, famous for its colourful, smiling skulls and its Day of the Ded festivities, but I really can’t emphasize the importance of this cultural difference enough. If I had to choose one aspect of Mexican culture as its defining characteristic, I would say that it is its celebration of the temporary nature of our individual lives.

There is no question in my mind that the Mexican attitude is preferable to the Canadian one, and it seems to me that a healthy attitude towards death is a hallmark of a healthy culture.

So, part of my argument in favour of a spiritual renaissance has to do with do with a very practical matter – we need spirituality in order to overcome fear. And most specifically, we need to overcome the fear of death. Once we have done that, we will become a force to be reckoned with. And if we cannot do this, then we might as well give ourselves up to hedonism, or self-flagellation, or messianic fantasies.

What good does courage do in the face of death? Courage is useful when it helps you to do something you are afraid to do, but death will come whether you are prepared for it or not. When one stares death in the face, it is not courage that is to be desired, but faith. And perhaps this is why it is said that “there are no atheists in foxholes”.

Elsewhere, I have argued for a Rebirth of the Heroic. Basically, the only thing that can stop the Great Reset is a mass awakening of the people. Moreover, a significant number of those people must be willing to take great risks, and endure great trials, in pursuit of their revolutionary aspirations.

So my argument is this – in order to rise to the occasion, people must believe that there is something more important than their individual lives. They must have faith in something greater than themselves. And so we need spirituality.

I have not defined spirituality, because I doubt that a satisfactory definition could be offered, because spirituality arises from the intuition, not the intellect. The best definition I could give would have something to do with the subjective experience of some kind of felt truth. I personally believe that spirituality and intuition both have to do with the distinct form of cognition produced by the right hemisphere of the brain, and that modern civilization is imbalanced because it has made a God of reason, and denied the Goddess her rightful place.

It is my belief that our brains have two hemispheres for the same reason that we have two eyes. We are meant to gather two streams of information and then combine them in some way. Just as each of our eyes gives us a different impression of what we are seeing, so too do our intellect and intuition give us a clear picture together than either could alone.

The left brain is largely concerned with differentiation. Something is true or false, good or bad, right or wrong, etc. It is the domain of “either/or” consciousness. It is the realm of science.

The right brain does not work in the same way. The right brain does not have such a strong need for things to be clearly defined. It accepts paradox. It assumes that something that seems contradictory on one level might make sense on another. It allows for the possibility that seemingly opposite claims could both be partly true. It is the domain of “both-and” consciousness. It is the realm of art.

Really, the two hemispheres are thought of as masculine and feminine for a reason, because the two exist in relation to one another and contain one another within themselves. The Yin-Yang symbol really in a perfect symbol of this principle, which in the Taoist cosmovision is present at every level of existence.

Let no one be mistaken – I am not against reason, or logic, or rationalism, or the scientific method. I am simply of the opinion that it is a mistake to privilege left-brain rationalism over right-brain spirituality. If I take up the banner of Anti-Science, understand that what I am really against is Scientism, which is really just a disguised religion that the system uses to justify its hegemony.

That said, I do think that it is important to advance a critique of Science itself, because a paradigm shift in the sciences is long-overdue. Since the discovery of quantum physics in the 1920s, science has proven that there is no objective reality separate from us, and that it’s impossible to describe anything on the quantum level accurately unless you include the observer in your picture. In other words, anything that you can say about reality, you are really saying about yourself and what your perceptions are. If history is the autobiography of a madman, then science is surely some attempt at self-portraiture.

It seems to me that we have reached a dead end. We have discovered that there are limits to what science can tell us. We now know that our biases and assumptions might very well be influencing our perceptions, and that true objectivity is impossible.

In other words, in order for science to evolve beyond its current limits, it must recognize the intelligence of the right hemisphere of our brains. It must recognize that there is value to the irrational. There is value to the imaginary, to the mythic, to the active, creative construction of meaning, and to its embrace of the paradoxical, the mysterious, and the irreducible.

Truly, all rivers flow into one ocean, and that ocean is the Tao. It is the Great Mystery, the Unknowable, the Wyrd.

At the end of the day, we are the stories we tell ourselves about ourselves. If we want a new world, we must tell a new story. We must cast a new spell.

The task before us, then, is not to discover a truth that is waiting to be found, but to weave what we know into a story that will make the chaos of the modern world meaningful.

And it must be a story which inspires heroism. As I wrote in Love Has Been Abolished:

The task of the revolutionary in this age of universal deceit is to awaken the heroism that dwells within us all. How, you ask? Through cognitive reframing, that is, recasting the stories that we tell ourselves.

Human beings are forever in search of meaning and will not be at peace until they understand themselves within a story that gives their existence meaning. To know your place within the world, you must have some sense of who you are, where you come from, and where you are going. We are all living out our beliefs, day after day. If we are not the ones who are the authors of own life-stories, it means that we are living inside someone else’s stories.

If the story that people believe in requires heroism of them, they will become heroes, for what one believes manifests not only in one’s perceptions, but also in one’s actions.

And so, I issue a call to you who will read these words and understand their truth, and what is at stake: put out your antennae to the universe. Receive your inspiration. Channel your creativity. Anything that celebrates life or beauty or freedom or human connection is inherently subversive. Anything that activates the feeling one experiences in the appreciation of beauty serves to remind people of their humanity.

Speak to the spirits of the bewildered herd.

Call them back to themselves.