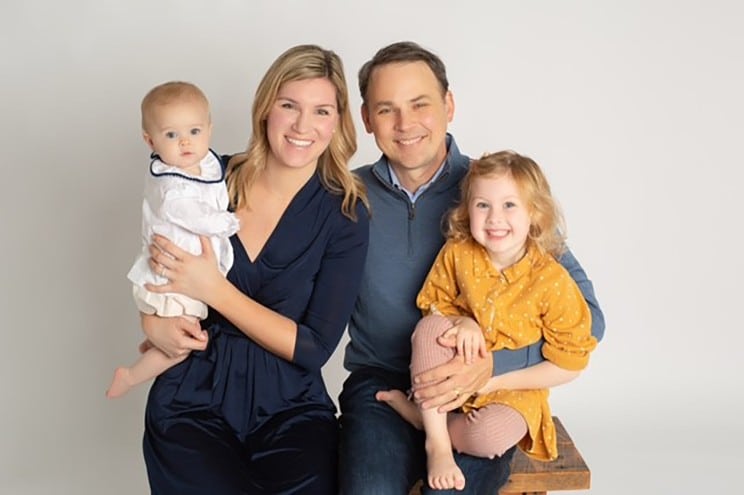 The online obituary for 37-year-old Jessica Berg Wilson was marked as “misleading” by Twitter over the weekend.

Twitter has been slammed for fact-checking the obituary of a Seattle mother that attributed her death to blood clots brought on by the COVID-19 vaccine after she was forced to get the shot due to “heavy-handed” state mandates.

The online obituary for 37-year-old Jessica Berg Wilson, who died Sept. 7, was marked as “misleading” by the social media giant over the weekend, according to Twitter users.

The fact-check warning was removed by Twitter on Monday morning following the backlash. Twitter did not immediately respond to The Post’s request for comment on why the label was removed.

The tribute, published by The Oregonian, said the mother of two died from “COVID-19 Vaccine-Induced Thrombotic Thrombocytopenia” — a rare blood disorder that can occur in some cases after the vaccine.

Wilson had been “vehemently opposed” to getting the vaccine because she was in good health, but she eventually relented after Washington state made it mandatory for teachers and those wanting to volunteer in schools, her obituary said.

“In her mind, the known and unknown risks of the unproven vaccine were more of a threat,” the obituary read, adding that Wilson had no underlying health conditions.

“During the last weeks of her life, however, the world turned dark with heavy-handed vaccine mandates. Local and state governments were determined to strip away her right to consult her wisdom and enjoy her freedom.

“Her passion to be actively involved in her children’s education — which included being a Room Mom — was, once again, blocked by government mandate. Ultimately, those who closed doors and separated mothers from their children prevailed. It cost Jessica her life. It cost her children the loving embrace of their caring mother. And it cost her husband the sacred love of his devoted wife.”

The social media giant fact-checked the obituary after it was shared by Twitter user Kelly Bee alongside a tweet that read: “Jessica Berg Wilson, an ‘exceptionally healthy and vibrant 37-year-old young mother with no underlying health conditions,’ passed away from COVID Vaccine-Induced Thrombotic Thrombocytopenia. She did not want to get vaccinated.”

Twitter put a “misleading” label on the tweet and included information on “why health officials consider COVID-19 vaccines safe for most people.”

The move was quickly slammed by critics, including US Rep. Chip Roy (R-Texas), who tweeted: “This obituary is ‘misleading’ says Twitter. ‘For [on Twitter] we are not afraid to follow the truth wherever it may lead,’ unless of course it contradicts what Dr. Fauci or the enlightened government and tech overlords say you must do for your healthcare.”

Tyler Cardon echoed that sentiment, tweeting: “There is nothing inaccurate or misleading about this Tweet, but Twitter wants you to believe there is.”

“Who @Twitter decided it was okay to say an OBITUARY is ‘misleading’?” another user, Ben Domenech, tweeted.

“When is enough going to be enough? The vaccine is obviously not for everyone. Check the Vaers report. I know someone who passed away from the vaccine as well. Healthy 56 year old woman. The vaccine took her out in 3 days. These Biden mandates are murdering these people,” Gina Carano tweeted.