Two profound videos were released last week. Watch these videos like you used to read the Sunday paper. Like many people I used to relax on a Sunday morning and read the Sunday paper. Usually it was the San Francisco Comical (Chronicle), which has been derided by people all over the world as a sort of podunk newspaper. The paper has been called the Comical for decades, now even more so due to its asinine political coverage and crash and burn local stories—now, in my mind, its stupid coverage of the pandemic. But years ago I liked to relax and read/laugh at it with a cup of coffee. I know many people who used to read the Sunday New York Times in the same way, until it became the intolerable rag it is today.

Billions Of People Are Affected By This, They Don’t Realize It

Dr. Robert Malone, originator of mRNA technology and consultant both to industry and government in product development and biodefense, underlines some of his gravest concerns about the current policy of universal vaccination.

One of these is the emerging evidence of antibody dependent enhancement (ADE), an adverse event typical of previous coronavirus vaccines, in which the disease is made worse by vaccination. Another is the “horizontal integration” of Big Pharma, Big Tech, governments and the corporate media that undermines such evidence and hushes such concerns.

Dr. Malone is featured in several videos in this site, including Dr, Robert Malone, A Two Part Interview,  and his seminal video with Brett Weinstein and Steve Kirsch, that prompted Wikipedia to rewrite history by removing Dr. Malone as an inventor of mRNA technology a few days after the video was released.

Do you know the story of the most powerful weapon in the world? It’s used against you every day. You use it yourself, even if you don’t do so consciously. And it can change the entire world.

The Corbett Report is an independent, listener-supported alternative news source. It operates on the principle of open source intelligence and provides podcasts, interviews, articles and videos about breaking news and important issues from 9/11 Truth and false flag terror to the Big Brother police state, eugenics, geopolitics, the central banking fraud and more. 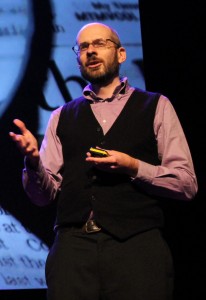 The Corbett Report is edited, webmastered, written, produced and hosted by James Corbett.

An award-winning investigative journalist, James Corbett has lectured on geopolitics at the University of Groningen’s Studium Generale, and delivered presentations on open source journalism at The French Institute for Research in Computer Science and Automation’s fOSSa conference, at TedXGroningen and at Ritsumeikan University in Kyoto.

He started The Corbett Report website in 2007 as an outlet for independent critical analysis of politics, society, history, and economics. Since then he has written, recorded and edited thousands of hours of audio and video media for the website, including a podcast and several regular online video series.