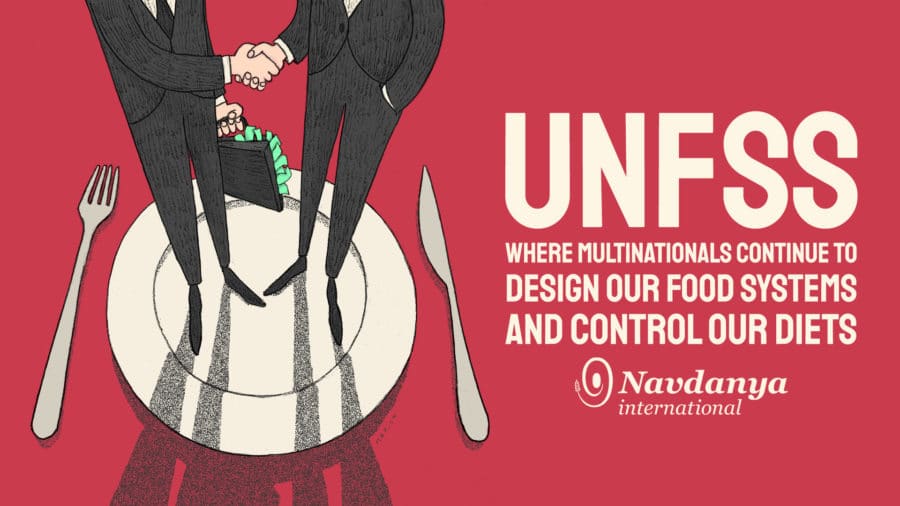 The Pre-Summit of the United Nations Food Systems Summit (UNFSS) taking place in Rome, as a preparative stage to the New York September Summit, is, as expected, going in the wrong direction. As many civil society members, as well as past and current Rapporteurs on the Right to Food, have denounced, this summit is yet another instrument to reinforce corporate control over food and agriculture, while attempting to restrain civil society’s role in global food governance.

The Food Systems Summit was announced in 2019 by UN Secretary-General Antonio Guterres as part of the decade’s actions to achieve the 2030 Sustainable Development Goals. An announcement that followed the formalization of the strategic partnership between the United Nations itself and the World Economic Forum in Davos, a private body composed of over a thousand of the largest and most influential multinationals. The subsequent appointment of Dr. Agnes Kalibata as special UN envoy to the summit only confirms the most pessimistic expectations. Dr. Agnes Kalibata, is the president of AGRA – Bill Gates’s program to push the failed narrative of the Green Revolution in Africa – that is to say, genetically modified seeds, monocultures, agrochemicals, biotechnologies and the free market. This is the recipe that, after having wrought countless damage throughout the world, creating social and environmental crises, is being exported to Africa as part of the ‘new’ solution initiative. Another example of these worrying conflicts of interests is the participation of Sean de Cleene, who is now the WEF’s Head of the “Future of Food Initiative” and who used to serve as Vice President of AGRA as well as Vice President for Global Initiatives, Strategy, and Business Development for Yara, one of the world’s largest chemical fertilizer companies.

The message could not be clearer. The pre-summit in Rome, and the  New York summit take place under the strict direct control of multinationals. It is they, the Masters of food, who are in, and want to maintain, control. And if they decide to talk about “transition”, they themselves will do so in their own way, convincing us that their solutions will be ecological enough to keep the current system of interests intact.

And there are plenty of “solutions”, such as next-generation GMOs, more pesticides, artificial meat, geoengineering, precision agriculture and data collection. These ‘game changing’ solutions aim to repair the failures of the industrial food system and, at the same time, are very profitable for the same multinationals who created these failures in the first place. In short, the system cannot be changed, the logic remains the same, private interests must not be undermined but, on the contrary, must be supported by public funds. Read more.