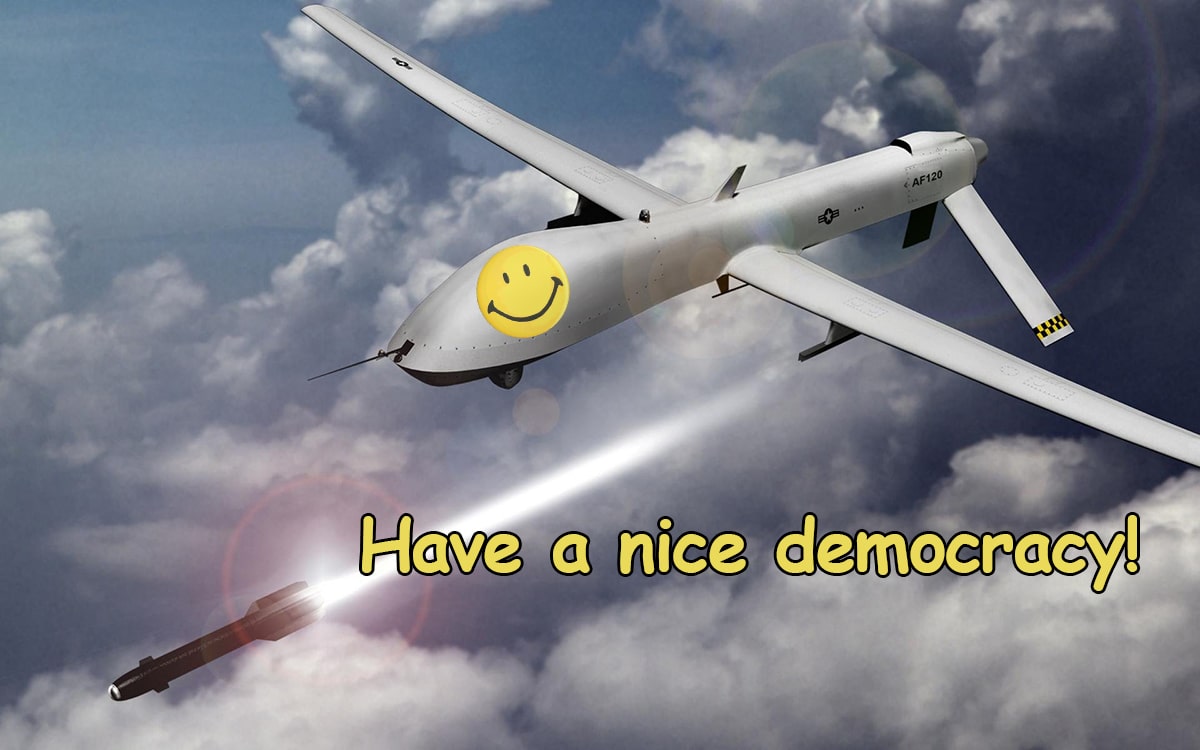 US Ramping Up Drone Strikes in the Middle East and Africa

Drone strikes have been an integral part of US aggression against the world for over two decades now. These strikes have been the mainstay of joint military-intelligence black ops, especially in the Middle East and Africa. From the mountains of Afghanistan to the deserts of Libya, US drone strikes have been sowing death and destruction, ever so euphemistically called “spreading freedom and democracy.”

These drones, first used only for ISR (intelligence, surveillance, reconnaissance) missions, were modified for rudimentary strike roles and were first tested in former Yugoslavia, laying the groundwork for their later usage in various US invasions. The strikes were massively expanded under Barack Obama, with thousands being approved by his administration. After Donald Trump came to power, he officially reduced the number of drone strikes, although they now became more specific, with US intelligence services getting even more involved. However, since Joe Biden took office, it seems the trend has now been reversed and US drones are coming back in full force.

On August 19 conflict monitors drew attention to a series of US strikes in Somalia, which have escalated significantly in the last couple of months. These attacks have gained little to no attention in the US corporate mass media despite resulting in the deaths of more than 20 people.

“If you were unaware that we were bombing Somalia, don’t feel bad, this is a completely under-the-radar news story, one that was curiously absent from the headlines in all of the major newspapers this morning,” wrote Kelley Beaucar Vlahos, a senior adviser at the Quincy Institute for Responsible Statecraft.

Last Wednesday, Dave DeCamp, writing for AntiWar reported that the US AFRICOM (Africa Command) launched its second strike on Somalia in less than a week. AFRICOM claims the attack, which occurred in Beledweyne, “had killed 13 fighters belonging to the al-Qaeda-linked Somali militant group al-Shabaab, and that no civilians were harmed.” AFRICOM claims drone strikes also killed four al-Shabaab members in three separate operations near Beledweyne on August 9, two fighters near Labi Kus on July 17, and five militants in a June 3 bombing outside Beer Xani.

All of the aforementioned strikes have taken place since President Biden approved the redeployment of hundreds of special forces to Somalia in May, reversing an earlier withdrawal decision under the administration of former President Donald Trump. DeCamp noted that Trump’s withdrawal from Somalia merely “repositioned troops in neighboring Djibouti and Kenya, allowing the drone war to continue. But Biden has launched significantly fewer strikes in Somalia compared to his predecessor.”

According to the London-based Airwars monitoring group, US forces have targeted Somalia at least 16 times since Joe Biden took office, killing between 465 and 545 supposed militants. On March 13, a single US drone strike reportedly killed up to 200 alleged militants. Airwars claims there were civilian casualties in just one of the drone attacks under the Biden administration, conducted in June 2021. The attack on the southern town of Ceel Cadde killed a woman named Sahro Adan Warsame and seriously injured five of her children, according to local media reports. US forces have carried out at least 260 strikes in Somalia since 2007. The Pentagon has so far admitted killing five civilians and wounding 11 others, but Airwars claims 78-153 civilians, including 20-23 children, have died in US attacks.

“Bottom line, it’s been a long time since the United States was not bombing Somalia,” wrote Vlahos. “This comes after a particularly bloody period during the [so-called War on Terror] in which the CIA was using the country to detain and torture terror suspects from across North Africa. Whether this has ultimately been a good thing for the country or for the broader security of the region, one need only to look at the continued instability and impoverishment of the people,” she added, “and of course, the persistent presence of al-Shabaab itself.”

In addition to Somalia, recent reports indicate that US drones have been reactivated over Libya as well. The US shows no intention of stopping these strikes, with most now being relegated to intelligence services, such as the infamous CIA, with minimal civilian oversight. Many experts believe the indiscriminate use of these drones is a major, if not the key contributor to the overall instability across the troubled regions in which they’re deployed, as the terrorist activity which they’re allegedly there to stop is only exacerbated as a result.