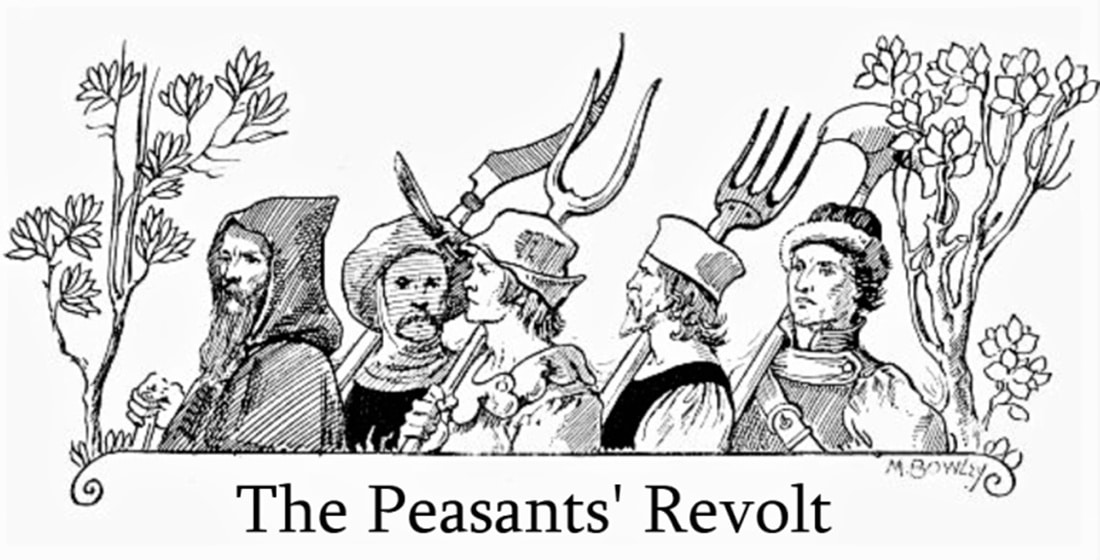 Welcome To The Revolution!

Revolution is in the air as we enter the autumn of 2022.

The horrendous truth about the wave of “unexplained” deaths is inevitably getting out.

The powers-that-be are blustering and fuming about unauthorised opinions and dangerous “conspiracy theories” exposing the Great Reset.

New and ever-more blatant assaults on our well-being and freedom are being launched.

And huge numbers of people are finally speaking out to say that they see what is happening and have had enough!

Take a look at just some of the comments on this enormous and moving Twitter thread, beginning from the one that sparked it all off: 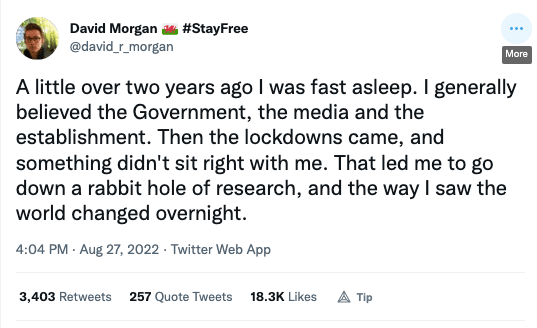 A general theme is their sudden shock and disgust when, for the first time in their lives, they see through the illusion of this vile spectacle of lies.

An initial sense of isolation and depression is followed by the growing realisation that they are not alone and that their numbers are growing to a point where the system’s whole long-term narrative risks crumbling.

“I had a nice life. Had earned being able to take my foot off the pedal a bit. Didn’t pay too much attention to Government. Fast forward to now… I trust no one. No institution, the Media, the Government, Scientists or Doctors. No one in a position of ‘authority’.”

“Yes, same here with me, pootling through life, lots of plans, wishing a bright future for our son as he was completing a final Uni yr, then the shit hit the fan. Now awake and I’ll never again see the world as I once perceived it, one conciliation many folk are slowly waking too”.

“I thought I was drowning when my eyes opened 2.5 years ago. I felt sick to the stomach. Everything changed and I changed”.

“I started seeing the world in a different light when I lost my 32 year old son from the AZ jab. I will never trust @BBC @ITV or the government again”.

“Extremely bitter pill this one”.

“In these last few years with Covid I have come to the realisation and conclusion that all governments/media and any linked corporations are all corrupt and doing it all for financial gain. It’s disgusting. I have lost all trust for the powers that be and it won’t return ever”.

“The world is not how we thought it to be”.

“When you don’t look at what MSM, government etc want you to look at you realise life is nothing like what they want you to believe”.

“I saw the light when we locked down. At first I wasn’t sure what I was looking at, it was scary. I thought I was on my own. It soon became apparent that I wasn’t and the truth was slowly revealed”.

“I could tell instantly something didn’t feel right in the world”.

“I knew there were pockets of corruption but never realised how widespread and coordinated it had become. Corruption is now absolute with almost all institutions and governments captured by targeted corporate funding”.

“I’d already fallen down the rabbit hole and stopped paying attention to mainstream news. I thought everything would collapse but not in 2 years. My trust in everything, media, politicians, police, health professionals is non existent!”

“It’s amazing to see the speed of similar decisions all over the world. Plans were prepared long before the sickness happened. I got that weird feeling and decided to dig in deeper, for better understanding and for solutions. It’s very ugly”.

“Was very depressing for a few months but once you start to see others ‘awake’ then you don’t feel like you are the nut job in the room”.

“Nothing surprises me any more. There are very few coincidences. It’s a spider’s web of lies, power & money”.

“Lies piled upon lies for decades”.

“Now I will never see the world as I did before”.

“You will never go back”.

“Now I know that all is not as it seems”.

“Once you know, you can never un-know”.

“It is as though a veil has been lifted. I wonder how many more people feel the same”.

“Now that I have researched as much as I can, my eyes are wide open”.

“Sleep doesn’t come easy any more but hard as it is I’d rather be awake”.

“At times it can be a lonely existence being awake but worth it none the less because more people are waking up”.

“It has been a great awakening for many, thank god”.

“There’s a lot of people thinking exactly the same”.

“There are many of us and growing!”

Of course, sending a Tweet does not amount to real-life revolt, but these messages do give an idea not just of the way that many people are thinking but the way they are feeling.

Those of us who have spent decades trying to wake people up to the reality of this system, to encourage them to pay attention to what it is doing to us, have become used to disappointment.

The overwhelming majority have always been too caught up in their own lives, pleasures and worries to bother about the bigger social picture.

And maybe, they have thought, it doesn’t really matter all that much. Life isn’t always fair, rich people will always get fat from others’ suffering, wars will always break out somewhere, there will always be some pollution and destruction of nature, but… Well, they can live with it.

Over the last two-and-half years all that has changed.

As one of the Tweeters says: “The UK was generally trusting of its government (at least insofar as they didn’t seem to actively wish to cause us harm). Prior to the Covid debacle, we’d always chugged along ok & had little reason to think otherwise. We now know different“.

And it matters even more if it turns out that this was all for nothing, that their good faith was sorely abused.

It does matter to people if they or their loved ones become permanently ill, or even die, because they did what the government put them under so much pressure to do.

It does matter to them if they are not going to be able to afford to heat their home or feed their family this winter, if the local pub or café is going to be forced to close, leaving them stuck indoors connected to the all-seeing, all-controlling internet.

It does matter to them that their global overlords aim to progressively “centre” them in smart cities, infect their bodies with nanotechnology, turn them into powerless and obedient transhuman zombies.

It does matter to them if they can clearly see that the authorities and the media are lying to them, over and over again, and that they are doing so on behalf of a remote power clique that not only has no interest in their welfare but is evidently taking a sadistic delight in destroying their little lives for its own megalomaniac gain.

And when it matters that much, people are simply not going to take it any more.

Our freedom-loving friends from The Stirrer warn: “We’ve heard there’s a lot of anger out there. How that is going to manifest itself is hard to predict”.

A tiny gang of trillionaire psychopaths have declared war on the rest of the human species – and now they are going to have to face the consequences.

As another of the commentators on the Twitter thread puts it: “Welcome to the revolution!“