What Happened Last Year—Death and the Microbiome.

Jim Morrison said, “No one here gets out alive”.

Death is undefeated; this inevitable transition point is an unavoidable consequence of life. The thought that we are all going to die can be unsettling, but it can also provide beautiful illumination of this miraculous thing that we call life, opening a fuller appreciation for the limited time we have with each other. 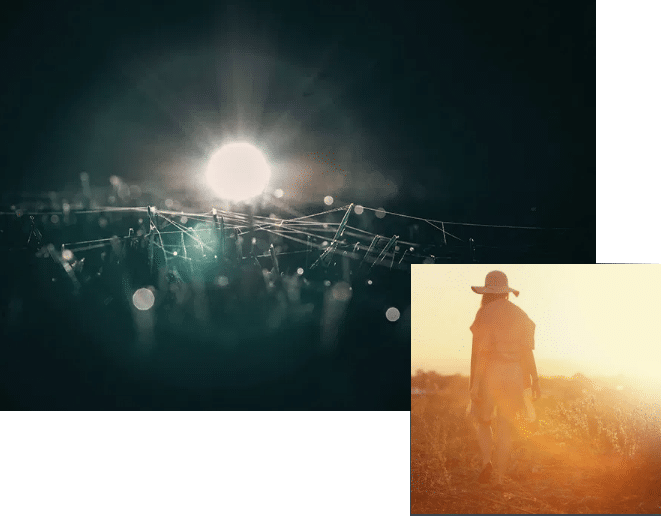 Death has been a topic of theological and philosophical debate and discussion since humans first contemplated their existence.

In many ways death forces us to look at our lives and wonder why we are here and to carefully consider our paths. Knowing we are going to die one day helps us to evaluate relationships and discover what really matters to us.

In the medical world, by understanding how people die, clinicians can attempt to improve our health, allowing us more time to enjoy the human experience. To do this science has come up with many ways to measure, analyze and even try to predict causes and timing of deaths.

In recent months we’ve been bombarded with narrow glimpses of information around viral cases and deaths. Johns Hopkins, one of the world’s leading healthcare facilities, even has a real-time death counter. As a result of this saturation of data ‘we’ve developed an unhealthy obsession with “body counts”. To really understand what these numbers reported by the media actually mean and understand their importance and limitations, we’ll need to fill in some blanks.

The most simple statistic you may hear is the “crude death rate” (CDR).

This is the total number of deaths in a year divided by the estimated mid-year population. That result is then multiplied by 1000 to give us an expression of deaths per 1000 people.

Because the crude death rate includes fatalities as a result of all causes of death, it doesn’t really give us much information regarding how we die— it tells us nothing about the diseases that cause death. To do that requires a bit more math and a lot more information. If we look closer at all the deaths in a given year we can categorize them by disease and get CDR’s for each illness or injury.

According to the World Health Organization (WHO), the CFR’s of the most common causes of death are (in deaths per 100,000):

Alzheimer’s disease and other dementias  27

The CDR can be further broken down into death rates for sex, age and race, due to a certain disease which can give more specific information about specific groups of people in our population. 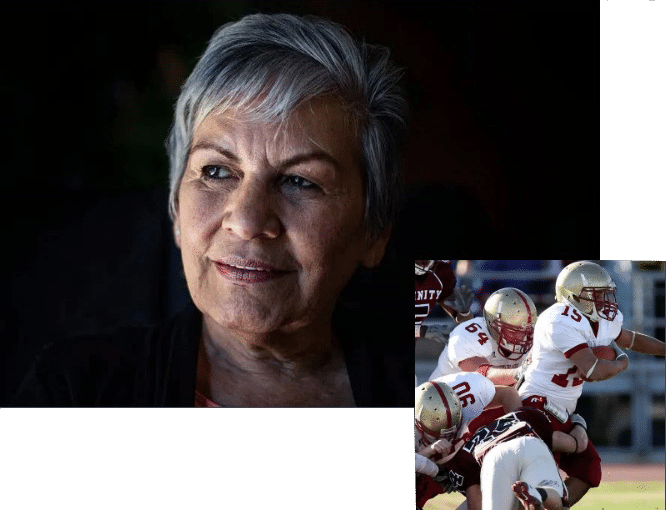 To further understand how many people die of a specific disease, scientists calculate something called a “case fatality rate” (CFR), which is slightly different from the CDR.

The CFR is the proportion of people diagnosed with a specific medical condition who die as a result of that condition. The CFR can be used to describe the severity of a disease or even give a prognosis as to the outcome of the disease.

For example, if 100 people are diagnosed with a certain disease and 1 dies, then the CFR is 1%— which is a pretty good prognosis as most people will do well. However, if 99 people out of 100 diagnosed with a disease die, that’s a 99% CFR, and that’s not good. Some examples of high CFR are diseases such as untreated rabies and “mad-cow disease” which each have CFR’s of 100%.

But the CFR doesn’t tell scientists if groups of people are dying more or less frequently of the disease compared to the rest of the population. In order to compare populations, scientists can calculate a “standardized mortality ratio” (SMR). It’s a ratio of observed deaths of a certain disease to the expected number of deaths in the general population from that disease.

For an example, do NFL players die more frequently from suicide than the general population?

A recent study identified
537 deaths among an NFL cohort.

The expected number of suicides for the age-matched general population is 25.6.

(the case fatality rate for that age group)

There were 12 suicides in the NFL study population.

Some interpretation is needed when evaluating SMR data: if the study population and the general population die with the same frequency of the condition, the SMR will be 1.

What has become an important statistic in our world today is the “infection fatality rate” (IFR). Similar to the CFR, the IFR reflects the proportion of deaths related to a specific medical cause, but because the IFR is measuring deaths related to infectious disease outbreaks, the IFR also includes deaths of asymptomatic and undiagnosed individuals. The IFR tries to capture the deaths of all people infected by a pathogen, even those without outward signs or symptoms of the illness.

Calculating IFR during an ongoing epidemic is extremely challenging. It’s not as simple as dividing the number of people who have unfortunately died of the infection by the number of people testing positive. Reliable calculations are dependent on availability of testing, the ability to estimate prevalence in the community (the total number of people with the infection—undiagnosed and asymptomatic), accurate result reporting, and accurate determinations of causes of death. These constantly changing variables often lead to wide variation in CFR estimates over the timeframe of an epidemic. 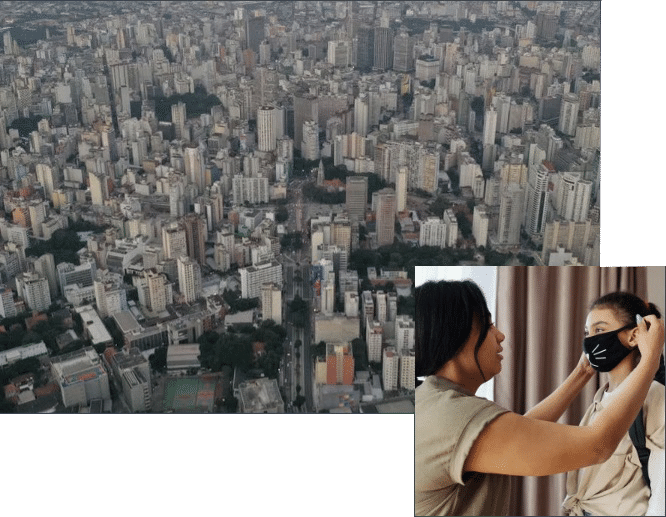 When reading about COVID death rates, it’s important to remember scientists aren’t capturing all the cases of COVID-19 in the community.

In fact, most scientists suggest we are missing a large number of cases. Because of this missing data, the IFR becomes really dependent on how many people you can test.

Current testing strategies tend to trend more towards people who are symptomatic and in particular, those who are experiencing more severe symptoms. People who feel really sick are more likely to seek testing than those with mild or appreciable symptoms. Access to adequate testing has also been a topic of debate— especially surrounding equity of available testing.

Many cases of COVID-19 are asymptomatic; how many, no one really knows. As such, IFR’s are calculated only from confirmed cases with no data on asymptotic cases being considered. This is a problem because it greatly overestimates the IFR because we are missing an unknown number of people from our denominator. COVID-19 IFR’s also vary greatly from region to region and between various populations. Many of the COVID-19 fatality rates are therefore qualified, or reported as “per cases”; meaning the deaths have been calculated by dividing the number of deaths by the number of positive cases in a community leaving out the asymptotic and untested individuals.

One of the major limitations of interpreting any death-related statistic is the often accurate reporting of the cause of death.

The underlying cause of death for most people is the ‘best guess’ of the treating physician. A doctor will use information from a medical history to best estimate what in their opinion really led to death. If they had a patient who they were treating for high blood pressure and that patient died, the clinician would say, to the best of their knowledge, the patient died of heart disease. In most deaths, doctors really don’t know how someone died and the only way to know for sure is an autopsy. However, the number of people undergoing autopsy has fallen drastically over the past 50 years.

The autopsy is a chance for a physician to truly understand how their patient died, but most doctors fail to request autopsies at the time of death thereby losing valuable medical and epidemiological information forever. A study comparing the accuracy of cause of death statements written on death certificates with a causes of death determined by an autopsy found discrepancies in 50% of the certificates. In fact, the cause of death listed on the certificate was completely wrong in 25% of the cases examined.

At times, the diagnoses listed as cause of death on a certificate becomes a long list of co-morbid diseases the individual suffered from. This becomes a problem when epidemiologists go back and try to determine how many people died of certain diseases such as Alzheimer’s disease or dementia. Our example would be counted as a dementia-related death in such a theoretical study, even though the dementia was unrelated to the death. Including cases such as this can skew data and produce statistically significant results when no significance existed. 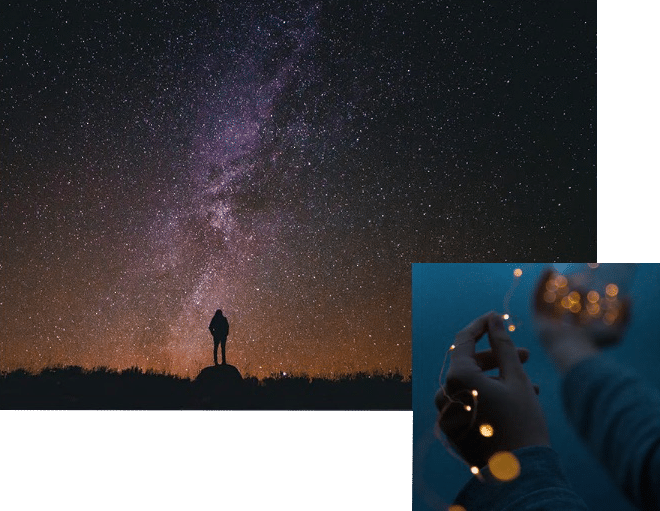 No matter what statistic is used, death remains a great mystery.

Our average lifespans increased in the latter half of the last century, then plateaued, and now may be on the decline throughout the Western world as chronic diseases increase, accounting for over 70% of global mortality. The current pandemic has forced us to confront our mortality in real-time on a daily basis. Spending so much time thinking about death can make you feel anxious or depressed. This month in our Global Health Education summit we will consider the broader picture of this pandemic in the context of public health trends of the last decades, and focus on deep lessens that must be learned quickly if we are to end this current situation, and mitigate the future events that have much greater potential to harm than anything we have seen in recent memory.

This pandemic and its surrounding events can give us the perspective to be grateful because the things which really matter to us have become apparent— family, friendship, nature, beauty,and laughter being high among these. To find happiness in difficult times is not an easy thing, but it’s the reward for being honest and vulnerable. Adversity provides opportunity, and now we have an opportunity unlike any we’ve had before in the existence of our species. We have an opportunity to reconnect with nature and with ourselves. We have the opportunity to recognize we are all part of nature and how we live often determines how we die.