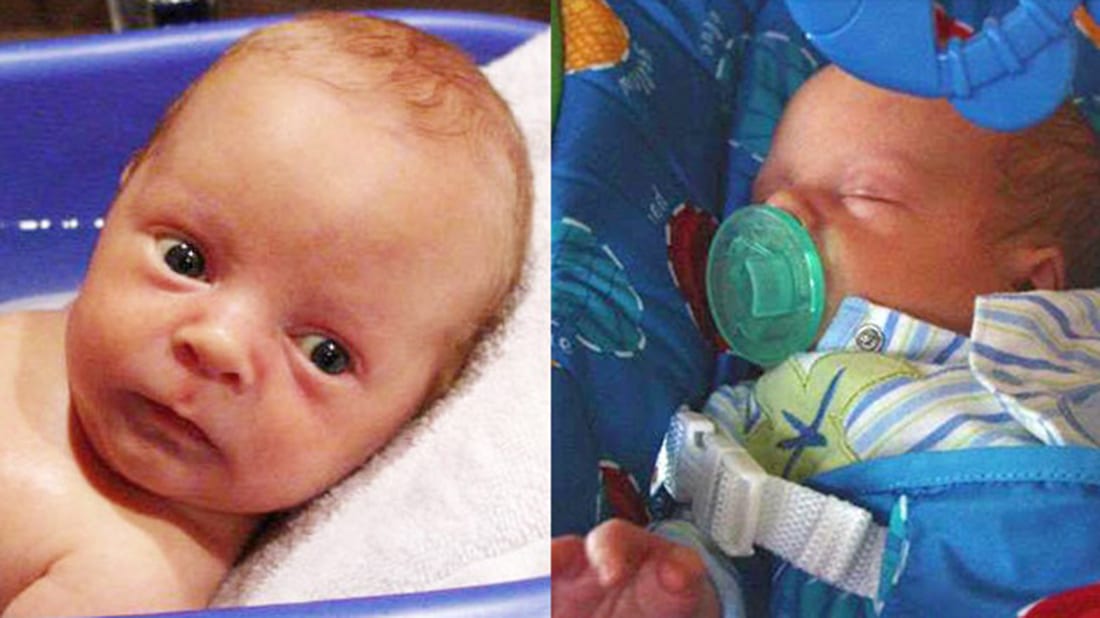 $250,000 Awarded To Parents After Their Healthy Infant Killed By Vaccines

Two month old Alexander is yet another victim of the reckless vaccine industry. When Will We Stop This Evil?

Three and a half days after Alexander’s first set of vaccines he suffered a debilitating seizure that caused cardiorespiratory arrest and irreversible brain damage – with no possible treatment, or ability to survive. The outcome? An innocent and HEALTHY infant tragically died as a direct result of vaccination.

Yet, his doctor denied that vaccines could possibly be the cause of seizures, brain damage and cardiorespiratory arrest – an all too common story told to parents by pediatricians who inject poisonous vaccines into babies for a living.

The parents were emotionally crushed and heartbroken, which led them onto their quest for deeper answers. Through an independent autopsy, expert medical and legal testimonies, and years battling the infamous “Vaccine Injury Court” system, their case was proven true and they were awarded $250,000.

Since the corporate-owned media fail to provide any news coverage to raise public awareness of the slaughtering and maiming of our nation’s children by vaccination, heartbroken mothers like Jennifer Johnson has despairingly come forward to fill the gaping hole by telling her child’s story and calamitous loss here on this website. Hopefully other parents will learn the horrid truth about the dismal efficacy of vaccination and the common harshness of adverse reactions, so more informed decisions can be made.

Read Jennifer Johnson’s painful account of her 2-month-old’s tragedy and her experience battling in court in her own words:

“My son, Alexander, suffered a seizure and cardiac arrest on April 29, 2005, three and a half days after receiving his first set of vaccines. The vaccines he received were the DTaP, HiB and Hepatitis B combo (Comvax) (See document below), inactivated polio, and Prevnar. (See document below) He coded, but was revived and placed on life support, however, the damage to his brain was catastrophic. After 12 days in the Pediatric Intensive Care Unit (PICU), and two independent determinations of brain death, we removed life support on May 11, 2005. He was only 12 weeks old.

He was born on February 17, 2005 and was a healthy little boy. Despite that, he died as a result of seizure and encephalopathy that resulted from his two-month vaccinations on April 25, 2005.

The day of his vaccines, he screamed for hours after receiving them. It was very disturbing and haunts me to this day. His face was beet red as he screamed and there was nothing I could do to calm him. Finally, he slept from sheer exhaustion. Sadly, we gave him Tylenol before going to the well-visit per recommendations from the pediatrician. From what I know now, this only made things worse for him.

[Tylenol is not recommended for children pre or post vaccination for reducing pain, or for adverse reactions or vaccine injuries mainly because it “depletes the body of glutathione and causes oxidative damage, inflammation, and brain damage.”]

The autopsy did not find anything “wrong” with him. I personally spoke with the medical examiner who performed the autopsy. I also spoke with one of the doctors who did a consult on him while he was in the Pediatric Intensive Care Unit (PICU). The doctor told me that the metabolic changes they saw were from the lack of oxygen to his brain, not from an underlying condition. The PICU doctors tried to suggest he must have had some sort of metabolic condition and that it was not related to vaccines. One doctor from the PICU did eventually admit that vaccines do cause adverse reactions and seemed genuinely upset by what happened to my son.

The consult done while he was in the pediatric ICU, was by a doctor who specialized in metabolic and genetic pediatric cases. He did not find an underlying condition as they tried to get me to believe. I contacted this specialist after I found out I was pregnant. He told me doctors always say it’s metabolic when they either don’t know, or in my case, didn’t want to say. He also said he had seen vaccine adverse reactions and felt that was what happened to Alexander. Terrified about having another baby, I wanted some reassurance. I also spoke with the medical examiner again who also told me she did not find anything wrong with Alexander.

In 2007, I filed a petition through the Vaccine Injury Court Program (VICP). We had a telephonic status conference initially in 2007 where the court found that we met the prima facie burden [evidence, burden of proof to move forward] – which was a small victory in and of it self.

Because Alexander had the seizure at three and a half days after the vaccines, not three days within the administration of the vaccines per the table of compensable injuries, we had to go testify in Washington, D.C., as well as hire an expert for our case. A hearing was scheduled in 2008 for my husband and me to testify in D.C. It was a very difficult day for us both. After the experts for both sides rendered their opinions, we went back to D.C. in 2009 for a final hearing. It was basically a battle of the experts. Another very difficult day to say the least listening to people discuss your child in such a clinical fashion.

The Vaccine Court ruled ten months after our final hearing, and ultimately our Special Master decided that the DTaP vaccine caused his death. We were awarded the statutory maximum amount of $250,000 through the Vaccine Injury Compensation Program (VICP).

It was a feeling of both vindication for all who told me vaccines had nothing to do with his death (when I knew for sure they did), and also heartache knowing that this happens to healthy children, and our government and Big Pharma get away with murder. Infuriating that those truly responsible cannot be held liable for what they did to my son and so many others.

Alexander spent 12 days in the PICU before he died. He was only 12 weeks old. For such a short time here, he has left quite a mark on this world. There is a federal opinion about him that I hope helps others who sadly walk in my shoes. My heart is forever broken. He should be turning 13 years old February 17, 2018. Such a hard time of year for me, and it doesn’t go away.”