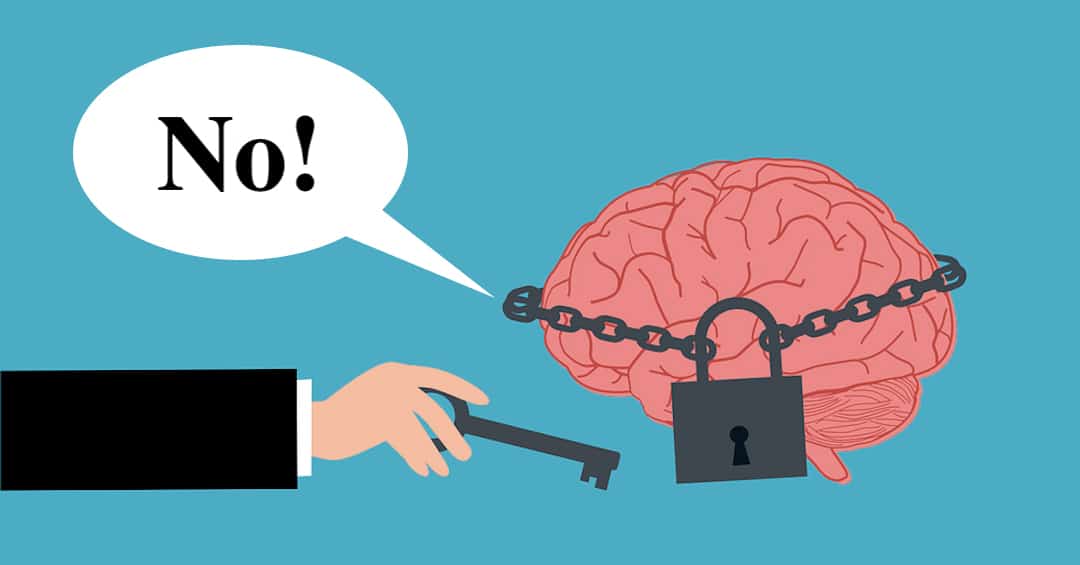 If you’ve publicly challenged the official narratives of the western political/media class about any major issue, you’ve probably noticed that people can get pretty upset about it.

That’s the most surprising thing, when you first start speaking about this stuff. Not that people don’t believe you or don’t agree with you; that’s to be expected when every screen in their lives is telling them one thing and you’re telling them something else. But that people actually get deeply emotionally invested in it.

That’s your first clue that there’s something else going on beneath the surface apart from what you’re being presented with. You’re not just arguing about Ukraine or China or Syria or whatever, you’re touching on a psychological third rail that’s being ferociously protected.

Many of the people you’ll run into online or in person who defend imperial narratives from your criticisms aren’t doing so because they believe the US-centralized empire is awesome and great, they’re doing so because it’s much more comfortable than confronting the possibility that their entire worldview is made of lies.

You’re not going to believe what I’m about to tell you theoatmeal.com/comics/believe

There’s a great comic by The Oatmeal which explains the psychological defense mechanisms humans have in place to protect their worldview from information that could destabilize it. Because of our tendency to select for cognitive ease over cognitive challenge in order to conserve mental energy, we tend to be heavily biased against consciously helping new worldview-disrupting information get past those psychological defense mechanisms.

And it doesn’t get more worldview-disrupting than questioning mainstream consensus reality. Because on the other side of that investigation is the realization that pretty much everything you’ve been trained to believe about your society, your nation, your government and your world, is a lie.

If you ask someone to consider the possibility that they’re being lied to in some way about Ukraine, for example, you’re not just asking them to unravel one small belief about one specific conflict. You’re asking them to ask questions that open up other questions, the answers to which could very easily end up unravelling their entire understanding of their whole world.

Think about it. If you consider the possibility that the news media and their government are lying about Ukraine, you must necessarily consider the possibility that they’re lying about other things, too. And if they’re lying about all that, it would mean you were taught lies in school, too. And if you’ve been consuming lies from the very beginning of your education, that means your entire understanding of how everything works is built on lies, which means your political ideology and many opinions you hold probably are, too.

If you really think about what this kind of confrontation means for the individual, is it any wonder that most people fight tooth and claw against the suggestion that they should even begin to enter that investigative rabbit hole?

I mean, think about how it was for you. If you’re reading this, odds are you went through the ordeal of worldview dissolution yourself at some point. Can you honestly say it was easy? Or entirely pleasant?

This is not easy to do. You cast aside the comforts of knowledge and understanding, and then after you’ve gone through that whole ordeal you’re still not out of the woods, because until you’ve gotten your bearings you can find yourself in a kind of epistemological no-man’s land where anything might be true. In that space people can get mixed up and latch onto new worldviews that are no more truth-based than the one they abandoned, like QAnon or fuzzbrained notions about Jews ruling the world. It’s not until you pass through the process of abandoning all the falsehoods and the process of learning what’s really true that you begin to regain any semblance of stability.

If you think that’s an easy thing to do, it’s probably because you haven’t gone through it yourself.

Can you really blame people for intuitively pushing away from that?

It’s actually much, much easier to go from being a die-hard Democrat to a die-hard Republican or vice-versa than it is to fully relinquish the mainstream consensus reality, because those partisan narratives both exist within the mainstream consensus reality. The entire conceptual infrastructure by which they exist is the same: a world where the US and its allies are acting in good faith against tyrannical regimes in nations like Russia and China, where capitalism is totally working, where democracy is real, and where you can turn on a TV news station and see someone saying something trustworthy about these things. You’re still playing the same game, you just switched teams.

To really see through all the lies is for the floor to fall out from the game altogether and for the roof to be ripped off the stadium. It’s to see the entire conceptual infrastructure upon which mainstream politics plays out crumble to dust, to see the lights switched on and the puppet theater reduced to atoms, leaving only the puppeteers waving their stupid toys and talking in silly voices.

Depending on how attached you are to the feeling of security your worldview gives you and how resistant you are to letting it go, really confronting the lies our society is woven from can be one of the most difficult things you ever do. It’s a long, deep process of untangling which, if followed all the way through, eventually leads to the dissolution of entire belief systems, and ultimately even entire identity structures. Followed all the way through, it can lead to the very end of who you take yourself to be and your experience of what you are.

So have patience if people don’t see what you see. They’re just afraid. They’re not there yet. An acorn is not a defective oak tree. An egg is not a defective chicken. We’re all waking up together, and some of us have had to be the first to lead the charge out of the darkness and into the light. This is just what it looks like as life on this planet moves toward increased levels of complexity and consciousness.