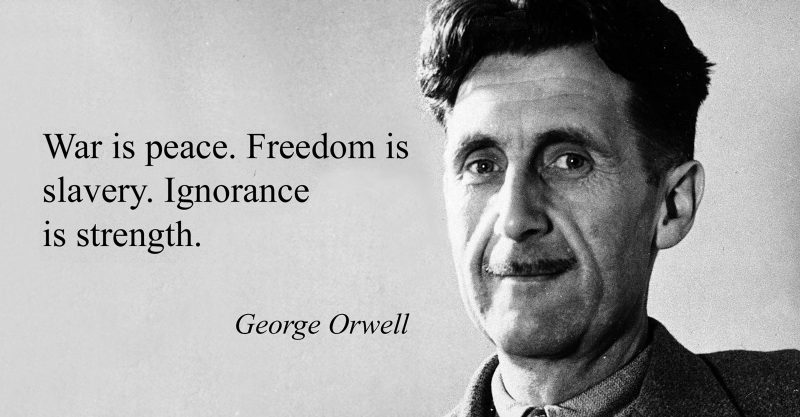 As must be increasingly apparent to anyone capable of digging beneath the media’s daily outpouring of Orwellian propaganda, the planet-wide changes ushered in by the conveniently timed COVID crisis have surprisingly little to do with health. Facilitated by big tech, big military, big pharma’s injectable operating systems and other tools of “biofascism,” the takeover being engineered by private central bankers and their technocratic partners represents no less than a complete end-run around human freedom.

So-called vaccine “passports” or “certificates,” being put in place by the European Union and Australia as well as some U.S. states and businesses, are one of the more alarming instruments advancing this tyrannical centralization and control agenda. Not one to mince words, author Naomi Wolf makes the case that the “passports,” if allowed to become the norm, could trigger “the end of civil society” and “literally the end of human liberty in the West.”

Why is there such a strong push to make travel and commerce contingent on vaccine passports? One important answer, well understood by Wolf as CEO of a tech company, is “location intelligence” — what technocracy expert Patrick Wood calls the “heart and soul of Technocracy and Scientific Dictatorship.” Without irony, the champions of location data rhapsodize that such data are “a powerful way to connect people to place, transactions to actions, responses to trends, and customers to where they do business and the kind of business they do” — ultimately facilitating the “digital transformation of society on the whole.”

Less cheerfully, technocrats understand, even if the general public does not, that location data permit control at the most granular levels and provide “a platform for understanding what’s going on at all scales.” This point was disturbingly illustrated in a June 21 study in JAMA Internal Medicine, which essentially denounced “small and informal social gatherings,” positing that children’s birthday parties are potential hotbeds of SARS-CoV-2 transmission.

This willingness on the part of technocracy’s foot soldiers to be party poopers — literally — would be silly were it not for the study’s baleful messaging, which confirms Wolf’s concerns that we are not only in a battle for liberty but in “a war against human beings and the qualities that make us human.”

On its webpage devoted to “small gatherings,” updated May 6, the Centers for Disease Control and Prevention (CDC) addresses the topic of social gatherings with family and friends, “such as small holiday parties, family dinners and small special celebrations.” To make such events “safer,” CDC counsels hosts and attendees to limit the number of guests, wear a mask “with two or more layers…indoors and outdoors except when eating or drinking,” socially distance, avoid handshakes and hugs, supply one’s own food and dishes — and (precluding any “Happy Birthday” songs) avoid any loud cheering or singing. Better yet, CDC says, simply have a virtual gathering!

The JAMA birthday party study helpfully reinforces the CDC’s dour advice. Conducted by private-sector researchers from RAND Corporation, Harvard and “healthcare navigation” company Castlight Health, the study looked at privately insured households whose members did or did not have a birthday in the preceding two weeks and county-level COVID-19 prevalence data — but included no data from actual social gatherings.

Taken at face value, one can see how the study’s take-home message — that households in certain counties were possibly a little bit more likely to receive a COVID diagnosis subsequent to an adult or child having a birthday — could direct worriers toward the CDC’s “virtual gathering” solution. However, one needs to parse the study’s definition of risk. As has become par for the course in risk pronouncements designed to steer COVID-related behavior in a particular direction, the researchers said nothing about absolute risk, even though many consider absolute risk statistics to be “the most useful way of presenting research results to help … decision-making.”

Thus, while the study reported a 31% “relative increase” in COVID diagnoses “associated with birthdays” — a finding, moreover, that pertained solely to households in the 10% of counties with the highest background prevalence of COVID — the increased absolute risk (again, only in the 10% of high-background-prevalence counties) amounted to a flimsy 0.086 increase over the COVID “background rate” of .278/100. Nevertheless, the researchers augmented their antisocial message with the conclusion that “policy interventions designed to limit disease transmission should also focus on informal gatherings.”

The heavy-handed marketing of COVID injections and COVID vaccine passports as tickets to “freedom” has brought George Orwell’s inverted “freedom is slavery” logic fully to the fore. The “appendix” to 1984 explains that while the fictional totalitarian regime Oceania could readily condone use of the word “free” in statements such as “This dog is free from lice” or “This field is free from weeds,” usages such as “politically free” or “intellectually free” had gone entirely and intentionally extinct because the concepts themselves had been erased.

The alarming rapidity with which the U.S. and once “robust” Western democracies were able to implement “elements of a locked-in, 360-degree totalitarianism” was facilitated not just by a heretofore unimaginable level of global policy coordination but also by the public’s complacency. The pressing question of the day, therefore, is whether citizens will continue to tolerate blatant efforts to memory-hole freedom.

Lobbying for COVID vaccine mandates and passports in the U.S., one of the latest darlings of vaccine coercion recently argued that the Biden administration “shouldn’t be so squeamish about vaccine verification,” openly calling mandates and “verification” desirable tools to “push [the unvaccinated] in the right direction.”

And if we are to believe Gallup poll propaganda, more than half of Americans are already on board, supporting policies such as having to show proof of vaccination to fly or attend sporting events or concerts. On the other hand, in an “unscientific” poll on independent journalist Sharyl Attkisson’s website, 97% of respondents answered “absolutely not!” to the question “Do you support requiring ‘vaccine passports’?”

The dispiriting cold water now being thrown on children’s birthday parties is part and parcel of a set of COVID-inaugurated policies that, in Naomi Wolf’s words, “seem designed to ensure that humans will have no ‘analog’ space or ‘analog’ culture left — no way to feel comfortable simply gathering in a room, touching one another as friends or allies, or joining together.”

Fortunately, as writer Allan Stevo has noted, Americans “are becoming increasingly firm and resolute” about freedom, “saying ‘Yes!’ to good things” and “saying ‘No!’ to bad things” — and that, says Stevo, “is exactly how bad times turn into good times.”

your ‘injectible operating system’ link to a defender opinion piece…that was written by catherine austin fitts. she was a dep sect of HUD and brilliant financial analyst who talked about the global financial coup d’tat back in 2009.

Here’s a link to her article as well as a recent interview of Whitney Webb with Catherine Austin Fitts.