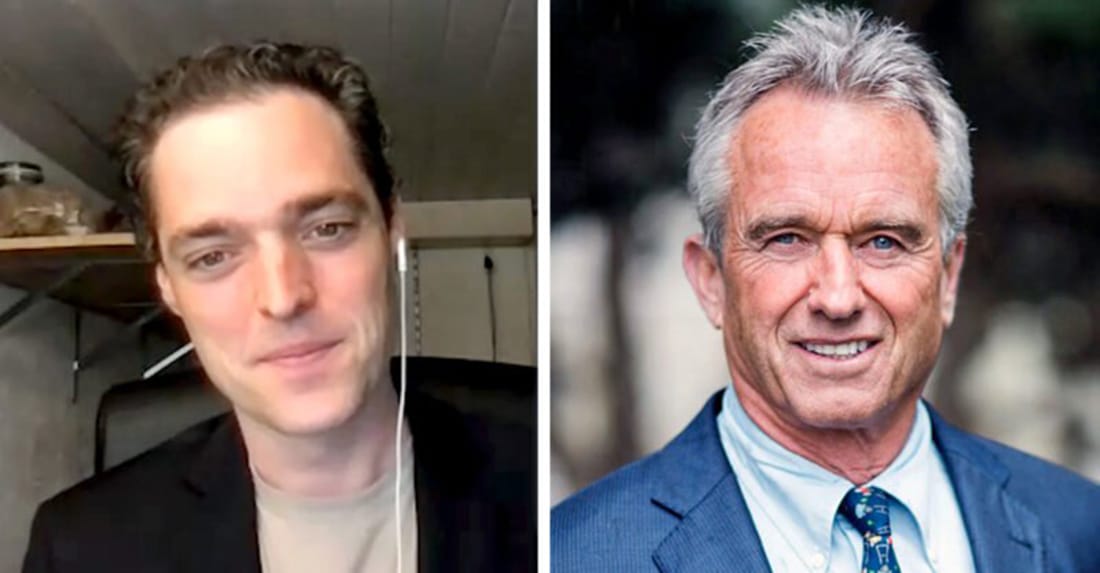 Westbrook — also known as the Ice Age Farmer — said recent challenges around the availability and production of food are the result of a generations-long plan that began with the “Rockefeller takeover of agriculture.”

Since then we have seen a “gradual destruction of the way humans have grown food since the dawn of time,” Westbrook said, “replacing it with what we now call modern, but highly toxic, petrochemical agriculture.”

Today’s combination of governments overstating their food stocks, supply chain challenges brought on by COVID-19 policies, weather events, diesel shortages, parts shortages and inflation is creating “a perfect storm,” setting us up for “a day of reckoning,” said Westbrook.

The Rockefeller Foundation and the Bill & Melinda Gates Foundation have long been pushing the idea of a Green Revolution, founded on the idea that animals and plants are “dirty and dangerous,” said Westbrook.

These groups’ goal is to industrialize our food supply and even “patent and own the very genetics that make up our entire ecosystem,” he said.

“That’s why we’re seeing this war on agriculture, the absolute war on real meat, replacing [it] with lab meat, replacing the organic good farms with … this technocratic approach,” Westbrook said.

“This is bid for total control,” he added. “[Henry Kissinger’s] words were, ‘If you control oil, you control nations; if you control food, you control people.’ And that at the end of the day is really the name of the game.”

Corporations try to seize control of agriculture through seed patents, which take seeds out of the hands of individual farmers, and through “fake foods” produced in laboratories, Westbrook said.

“They’re trying to centralize and then take control over … the library of Earth’s genetics.

“The key action that we all have to be taking right now is to be doing it ourselves …  is to be growing things in our own garden … is to be saving those seeds.”

Agricultural practices, including the use of pesticides and maltreatment of animals on factory farms, are not sustainable, said Westbrook, and this is why we’re “at the end of that paradigm.”

“We need to be talking more about the return to … decentralized and regenerative systems that can be producing for all of us going forward.”

Kennedy and Westbrook also touched on the alarming trend in recent years of food processing plants burning down. Westbrook is tracking this with a food supply incident map on his website.

“It’s hard to even talk about this stuff without sounding like a conspiracy theorist, but it’s pretty eerie how kind of regularly it’s happening,” Kennedy said.

Westbrook agreed. “There’s a group of people that have the means, motive — and have had the opportunity now — to make a move to shut down the food production of humanity in order to try and attempt a hostile takeover. … and we are now in the process of that,” he said.