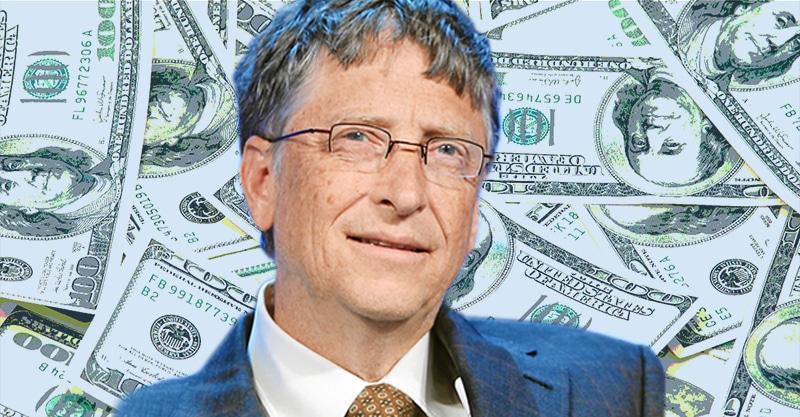 Bill Gates is the world’s largest vaccine producer and the single largest donor to the World Health Organization (WHO)—since President Trump halted U.S. support pending an investigation of WHO’s handling of the COVID-19 crisis—and a significant donor to the CDC Foundation. Those agencies are now marketing arms for his vaccine empire.

In January of 2019, a Gates-influenced WHO declared “vaccine hesitancy” a top “global health threat” (with Ebola, HIV, war, and drug-resistant pathogens among others), signaling a worldwide Pharma Gold Rush to mandate vaccines to all people.

Gates has also provided financial support to Intelligence Committee Chair Adam Schiff’s PAC.  In February of 2019, Schiff wrote to Facebook, Google, and Amazon, demanding they censor “vaccine misinformation,” a term meaning all skepticism toward government and industry pronouncements about vaccine safety or efficacy—whether true or not.

“Vaccines are both effective and safe,” Schiff wrote. “There is no evidence to suggest that vaccines cause life-threatening or disabling disease.”

This was misinformation. A year earlier, Schiff pushed a bill to hike the Vaccine Court admin budget to $11,200,000 to reduce vaccine injury backlogs. The court had already paid out $4 billion for vaccine deaths and disabilities.

Facebook and Pinterest said that they will rely on Gates’s WHO and CDC to say which online statements are “misinformation or hoaxes.”

Politifact was launched by a grant from the Gates Foundation.

In his article, “Facebook “Fact-Checker” Misinforms Users about Vaccine Safety” investigative journalist Jeremy Hammond concludes, “Facebook is guilty of misinforming its users about vaccine safety. . . .They have no problem with lies about vaccine safety and effectiveness, as long as it’s intended to persuade parents to vaccinate their children.”

On May 4, 2017, FactChecker declared false Del Bigtree’s statement, “Vaccines include aluminum and mercury, which are neurotoxins, and vaccines cause encephalopathy.”

FactChecker explained, “Current data show vaccines are safe and do not cause toxicity or encephalopathy.”

Manufacturers’ inserts reveal that many vaccines contain aluminum and mercury, and cause encephalopathy.