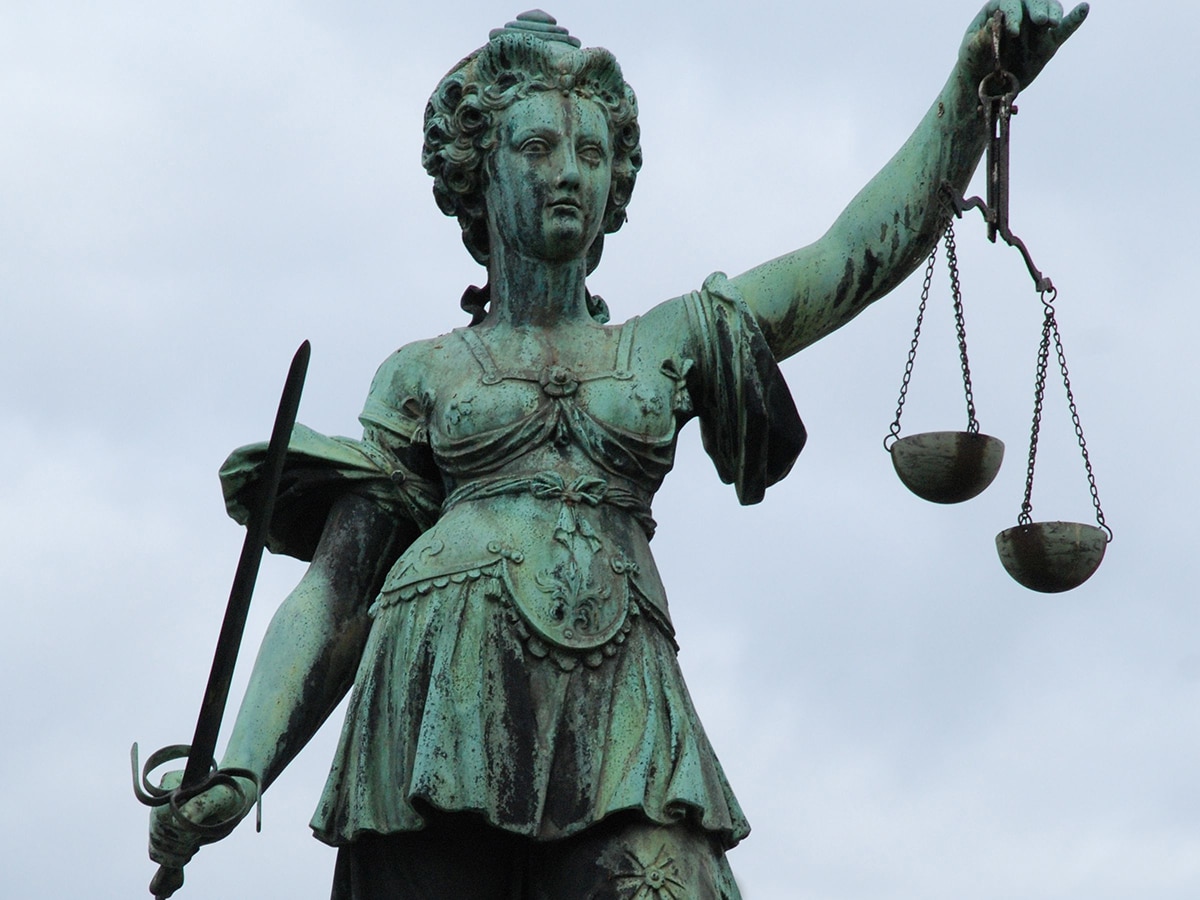 Nemesis, the Greek goddess of revenge and divine retribution

It should now be quite clear to any reasonable person that the Biden administration is hell-bent on destroying Russia and will risk nuclear war in doing so.  It has already started World War III with its use of Ukraine to light the final match.  The problem is that reasonable people are in very short supply, and, as Ray McGovern recently wrote in “Brainwashed for War with Russia,” the Biden administration and their media lackeys

… will have no trouble rallying Americans for the widest war in 77 years, starting in Ukraine, and maybe spreading to China …. Most Americans are just as taken in by the media as they were 20 years ago, when they were told there were weapons of mass destruction in Iraq. They simply took it on faith. Nor did the guilty media express remorse – or a modicum of embarrassment.

Many good writers – all of whom are banned from mainstream media – have  made clear why the corporate media propaganda about the US/NATO war against Russia via Ukraine is false and egregiously dangerous.  The government of the U.S.A. is led by morons in the demonic grip of the “The U.S. Should Rule the World” ideology.  It is nothing new.

I don’t wish to debate the facts, for that is a fool’s game created to suggest there is something to debate.  For the evidence is clear, except to the public in the grip of propaganda-induced ignorance or those elites who never learned from the ancient Greek goddess Nemesis that dark Furies will destroy those who in their hubris push the limits.  The Biden administration has already done that, while President Biden mutters inanities as if he were a mafia boss wandering the streets in his pajamas and slippers.  The recent sabotaging of Nord Stream 2 is another example of the treacherous road we are traveling, as Diana Johnstone makes clear in her recent article, “Omerta in the Gangster War.”

For years, the U.S.- run NATO has moved military forces and bases into countries encircling Russia. This includes weapons that can very quickly be converted to nuclear use. This, as I’ve pointed out before, is tantamount to Russia doing the same in Mexico and Canada, and let’s add Cuba as well.  We know what the U.S. response would be, but when President Putin and his government objected and said this is a betrayal of previous agreements, he was dismissed as if he were a child making things up.

In 2014, when the U.S. engineered a coup in Ukraine, bringing into power neo-Nazi elements, and Russia protested this coup on its western border, Washington mocked such concerns. Every time Russia has complained about such provocative moves, the U.S. has dismissed them as inconsequential.

For years the U.S. has supported the Ukrainian killing of the Russian speaking peoples of eastern Ukraine, and finally, when Ukraine had amassed forces to invade the Donbas region, the Russian government had had enough and sent troops into the region to defend this area.  Thus the hypocritical West played at outrage that what they had created was finally backfiring.  Russia was cast as the guilty party for invading Ukraine.  And now a full-fledged U.S. war against Russia is out in the open and it will become more dangerous as it continues.  Nuclear annihilation becomes a very real possibility as the Biden administration continues to push the envelope.

There will be no end to the war in Ukraine because the U.S. is intent on doing everything in its power to try to bring Russia to its knees.  It is madness on its face, but then insane people are in charge. In this process, everyone is expendable, friends, foes, and anyone who stands in its way, including the U.S.’s supposed European allies whose leaders seem intent on destroying their own countries.

Perhaps ironically – but I think not, as a knowledge of history confirms – the volte-face of the American liberal class with its promotion of the new Cold War, censorship, the CIA, and FBI and the so-called progressive Democratic politicians in the U.S congress, including Bernie Sanders and Alexandria Ocasio-Cortez, embracing and voting for war with Russia via Ukraine, should be no great surprise. These people, and their Republican counterparts, with rare exceptions here and there, live on desolation row and flip when so ordered.  But “nobody has to think too much about Desolation Row,” in Dylan’s words, because it’s the social disease we inhabit, and like fish in water, many know nothing else.

On a similar note, Ray McGovern has also recently reminded those who pay attention to him that The New York Times, as is its tradition, is promoting the U.S. war against Russia just as it did with the Vietnam War in the 1960s.  Little changes is his theme, no apologies are ever offered, and the readers of the most famous American newspaper and CIA conduit are asked to swallow daily doses of propaganda that are so egregiously obvious that only children would be fooled.  Sadly, the United States has become a country of children, Babes in Toyland who never realize that at the end of the plot the gun is reversed and is aimed at them.  And it’s not funny.

A century ago in the years before World War I, American progressive intellectuals, as Stuart Ewen writes in PR: A Social History of Spin:

… had espoused the Enlightenment dictum that people – at least middle-class people – were essentially rational, capable of evaluating information and then making intelligent decisions.  In the context of the CPI [the U.S, Committee on Public Information, a large propaganda apparatus set up in April 1917 by President Woodrow Wilson to sell the American entry into the war against Germany as necessary to ‘Make the World Safe for Democracy,’ whose members included Edward Bernays, the propagandist and so-called father of public relations] ‘public opinion’ became something to be mobilized and managed; the ‘public mind’ was now seen as an entity to be manufactured, not reasoned with.

Faith in reason was abandoned in favor of psychological manipulation of emotion and the use of unreason – the “night mind” – which became the template for future propaganda and the application of psychological techniques, a forerunner of the CIA’s MKUltra and Operation Mockingbird.  As the crackdown on dissent increased with passage of the 1917 Espionage Act (under which Julian Assange is falsely charged today) and then the Sedition Act in 1918, many so-called progressives embraced the authoritarian imposition of state controls on dissent, just as they do today.  An important exception was Randolph Bourne, who in 1917 castigated these turncoats in his blistering essay, “War and the Intellectuals.”  “Socialists, college professors, publicists, new-republicans, [and] practitioners of literature,” he wrote, “had assumed the iniquitous task of ‘riveting the war mind on a hundred million of the world’s people.’”  Today such people debate whether they should be called liberal or progressive.  I say, call them warmongers of the lowest order.

I remember when I was an impressionable child and television had only a few channels.  This was in the years between the Korean War and the one against Vietnam. There was a movie that was repeated on television regularly: Yankee Doodle Dandy, starring the amazing performer Jimmy Cagney as George M. Cohan, the Irish-American composer/lyricist/playwright, who, in the years before WW I was known as the man who owned Broadway and whose statue stands in Times Square in New York City.

Child that I was, I saw the film many times and was mesmerized.  My emotions rose with every viewing.  My heart strings vibrated to the tunes of “Over There” and “You’re a Grand Old Flag.”  I marched proudly to WW I with Cagney/Cohan.  This was a movie that appeared in 1942 to promote the WW II war effort by using the lies about WW I to do it.  But oh what fun!  And the stirring songs – fodder for a child.  And this was before the CIA completely owned Hollywood.

Yet I grew up.  I am no longer a child.  I have studied and seen through the propaganda of The New York Times, CNN, the Washington Post, Fox News, The Guardian, Hollywood, etc.

Many of those I know have not.  They believe in the unbelievable. They still live in what Jim Garrison called the “Doll’s House” and accept what Harold Pinter termed “a vast tapestry of lies.”  Pinter said in his 2005 Nobel address what has not changed an iota since about the U.S.’s murderous foreign policy:

It never happened. Nothing ever happened. Even while it was happening it wasn’t happening. It didn’t matter. It was of no interest. The crimes of the United States have been systematic, constant, vicious, remorseless, but very few people have actually talked about them. You have to hand it to America. It has exercised a quite clinical manipulation of power worldwide while masquerading as a force for universal good. It’s a brilliant, even witty, highly successful act of hypnosis.

When I was a child, I was hypnotized by “Yankee Doodle Dandy.”

I’ve grown a bit.  McGovern and Pinter are right; little has changed – Vietnam, WW I, Iraq, Syria, Afghanistan, Yugoslavia, Somalia, Iran, Nicaragua, El Salvador, China, etc.  And of course, Russia, always Russia, at whose heart the weapons are always aimed, fiendish Russia that must be destroyed to make the world safe for the predators that pose as lovers of democracy and international law.

When President Kennedy, deeply chastened by the Cuban Missile Crisis of October 1962, spoke about real peace and democracy at American University on June 10, 1963, he was the last American leader to recognize that international relations had to undergo a radical change, especially in the nuclear age.  Demonizing other countries had to give way to dialogue and mutual respect.  He said:

Five months later the CIA made sure his voice was stilled.  Such sentiments have been verboten ever since.

Only children still believe the America propaganda and its war machine.