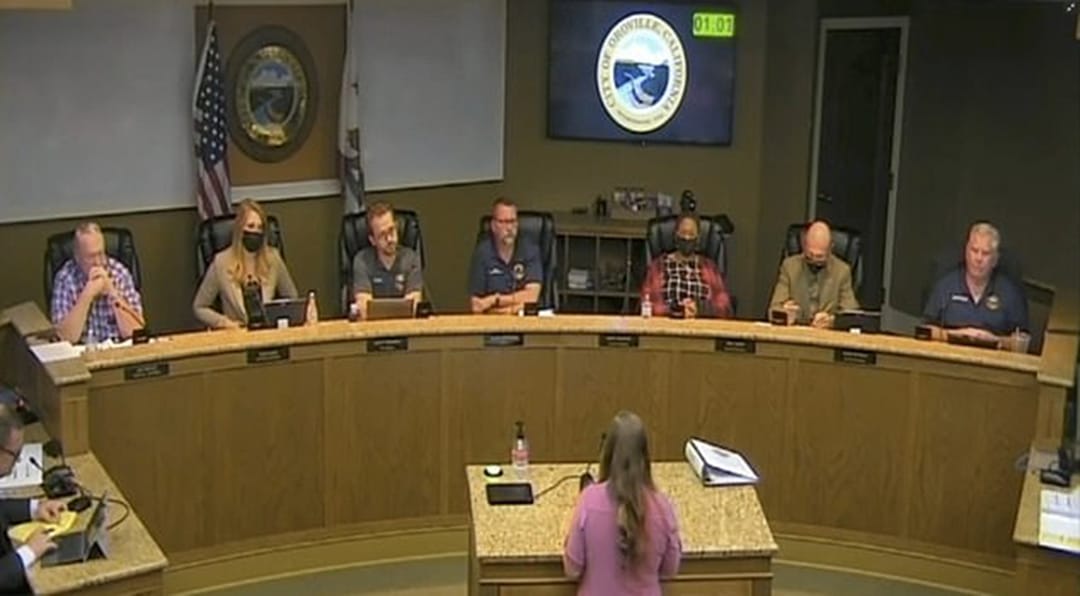 Oroville declares itself a ‘constitutional republic’

by William Cole FOR MAILONLINE

Oroville has declared itself a ‘constitutional republic’ in a bitter push back against a ‘barrage’ of Covid-19 health restrictions.

Council members for Oroville voted 6-1 in favor of the measure, stating it would oppose state and federal orders it deems to be ‘government overreach’.

Leaders added that the designation was a way of affirming the city’s values in fierce opposition to Covid lockdowns and school closures mandated by Governor Gavin Newsom.

Vice Mayor Scott Thomson accused the California chief of going ‘on a rampage’ with ‘increasingly intrusive’ mandates, including a vaccine requirement for school kids

‘It’s just basically drawing the line,’ he told the meeting, before criticising the state’s attitude towards handing down mandates that had taken away the residents’ ‘inalienable rights’.

He continued: ‘It’s not necessarily against one specific mandate, we’re not talking about one mandate that’s been pushing on us recently it’s a barrage of mandates.’

But a legal expert has said that passing the resolution was only a ‘gesture’ and it did not give the city’s council any more authority.

As the vote was passed one member even warned residents of the city of 20,000 that the designation had ‘no teeth’ and was just a political statement rather than a push for independence over mandates.

‘I proposed it after 18 months of increasingly intrusive executive mandates and what I felt to be excessive overreach by our government,’ said Mr Thomson.

‘After the failed recall in California, our state governor seems to [be] on a rampage and the mandates are getting more intrusive. Now he’s going after our kids and schools.’

Thomson was referring to the 51 per cent of people in Butte County, where Oroville is located, that voted in favor of the ultimately unsuccessful recall vote against Governor Gavin Newsom.

He also admitted that the resolution would have no impact on the ability to prevent school closures, which are controlled by the school district.