A senior Pfizer executive has admitted under oath that the company never tested their Covid “vaccine” to see if it prevented transmission.

Pfizer’s Chief Executive in Charge of Developing Markets Janine Small was testifying in front of the European Parliament’s Special Committee on Covid19 on Monday, when Dutch MEP Rob Roos asked:

Was the Pfizer Covid vaccine tested on stopping the transmission of the virus before it entered the market?”

Regarding the question around, um, did we know about stopping the immunisation [sic] before it entered the market? No, heh,”

She further defended that decision by arguing Pfizer had to “move at the speed of science”. 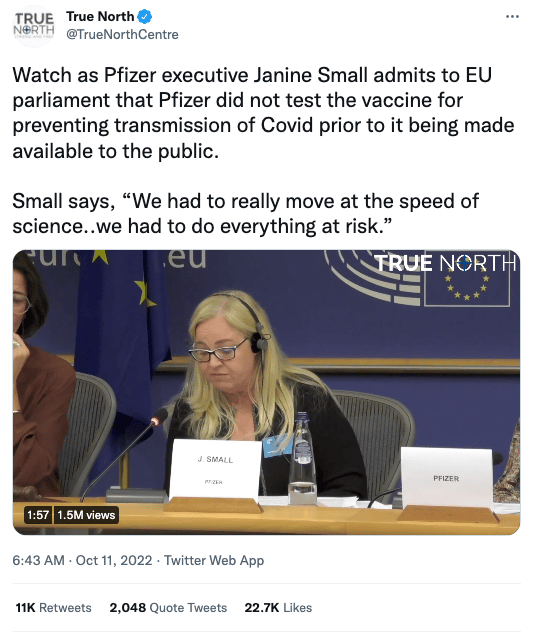 Now, that the so-called “vaccines” don’t prevent transmission of the alleged virus knowns as “SARSCOV2” is far from news. We’ve known that for well over a year. It’s as undeniable as the fact this “virus” has never been associated with any new disease or that “COVID” is just a new name for old symptoms. The fact the whole thing is a scam has been clearly defined in the official literature for some time.

However, Pfizer admitting they never even tried to test it is news. It has long been suspected, given the incredibly short development time, but now it is confirmed.

To repeat, they have now admitted on record that from the very beginning they had no idea if their “vaccine” prevented transmission or not.

So everyone who said it did was knowingly lying.

The mainstream media has gone into revisionist history mode over this news, saying that nobody ever claimed the vaccines prevented transmission.

That is a complete and utter lie. See this handy video:

Everyone who claimed it was a duty to “protect others” was lying. Covid passports, qr codes, none of it was based on any science at all. 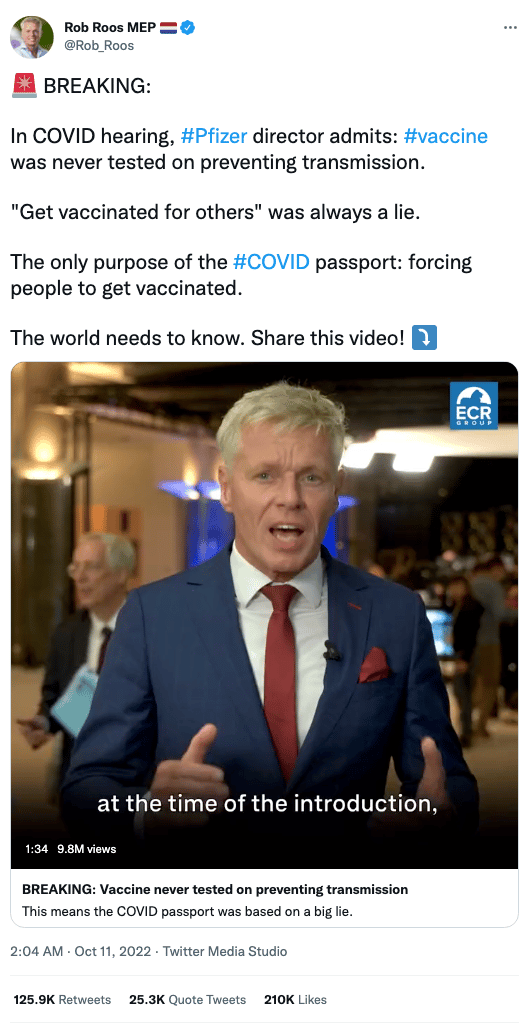