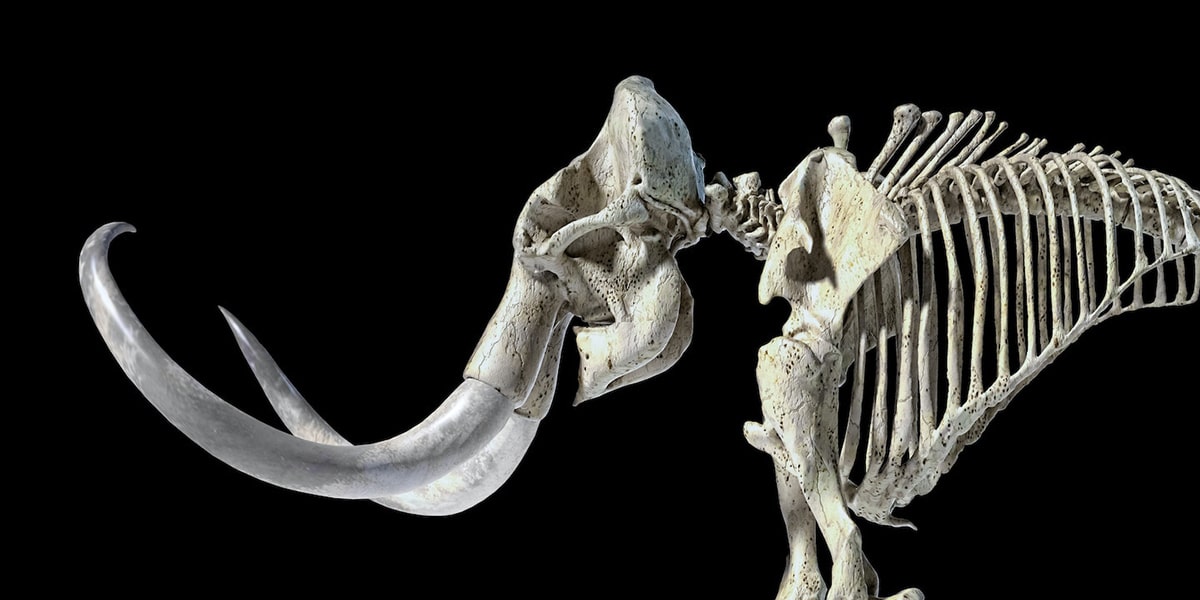 As a rapidly advancing climate emergency turns the planet ever hotter, the Dallas-based biotechnology company Colossal Biosciences has a vision: “To see the Woolly Mammoth thunder upon the tundra once again.” Founders George Church and Ben Lamm have already racked up an impressive list of high-profile funders and investors, including Peter Thiel, Tony Robbins, Paris Hilton, Winklevoss Capital — and, according to the public portfolio its venture capital arm released this month, the CIA.

Colossal says it hopes to use advanced genetic sequencing to resurrect two extinct mammals — not just the giant, ice age mammoth, but also a mid-sized marsupial known as the thylacine, or Tasmanian tiger, that died out less than a century ago. On its website, the company vows: “Combining the science of genetics with the business of discovery, we endeavor to jumpstart nature’s ancestral heartbeat.”

In-Q-Tel, its new investor, is registered as a nonprofit venture capital firm funded by the CIA. On its surface, the group funds technology startups with the potential to safeguard national security. In addition to its long-standing pursuit of intelligence and weapons technologies, the CIA outfit has lately displayed an increased interest in biotechnology and particularly DNA sequencing.

“Why the interest in a company like Colossal, which was founded with a mission to “de-extinct” the wooly mammoth and other species?” reads an In-Q-Tel blog post published on September 22. “Strategically, it’s less about the mammoths and more about the capability.”

“Biotechnology and the broader bioeconomy are critical for humanity to further develop. It is important for all facets of our government to develop them and have an understanding of what is possible,” Colossal co-founder Ben Lamm wrote in an email to The Intercept. (A spokesperson for Lamm stressed that while Thiel provided Church with $100,000 in funding to launch the woolly mammoth project that became Colossal, he is not a stakeholder like Robbins, Hilton, Winklevoss Capital, and In-Q-Tel.)

Colossal uses CRISPR gene editing, a method of genetic engineering based on a naturally occurring type of DNA sequence. CRISPR sequences present on their own in some bacterial cells and act as an immune defense system, allowing the cell to detect and excise viral material that tries to invade. The eponymous gene editing technique was developed to function the same way, allowing users to snip unwanted genes and program a more ideal version of the genetic code.

“CRISPR is the use of genetic scissors,” Robert Klitzman, a bioethicist at Columbia University and a prominent voice of caution on genetic engineering, told The Intercept. “You’re going into DNA, which is a 3-billion-molecule-long chain, and clipping some of it out and replacing it. You can clip out bad mutations and put in good genes, but these editing scissors can also take out too much.”

The embrace of this technology, according to In-Q-Tel’s blog post, will help allow U.S. government agencies to read, write, and edit genetic material, and, importantly, to steer global biological phenomena that impact “nation-to-nation competition” while enabling the United States “to help set the ethical, as well as the technological, standards” for its use.

In-Q-Tel did not respond to The Intercept’s requests for comment.

In recent years, the venture firm’s portfolio has expanded to include Ginkgo Bioworks, a bioengineering startup focused on manufacturing bacteria for biofuel and other industrial uses; Claremont BioSolutions, a firm that produces DNA sequencing hardware; Biomatrica and T2 Biosystems, two manufacturers for DNA testing components; and Metabiota, an infectious disease mapping and risk analysis database powered by artificial intelligence. As The Intercept reported in 2016, In-Q-Tel also invested in Clearista, a skincare brand that removes a thin outer epidermal layer to reveal a fresher face beneath it — and allow DNA collection from the skin cells scraped off.

President Joe Biden’s administration signaled its prioritization of related advances earlier this month, when Biden signed an executive order on biotechnology and biomanufacturing. The order includes directives to spur public-private collaboration, bolster biological risk management, expand bioenergy-based products, and “engage the international community to enhance biotechnology R&D cooperation in a way that is consistent with United States principles and values.”

The government’s penchant for controversial biotechnology long predates the Biden administration. In 2001, a New York Times investigation found that American defense agencies under Presidents George W. Bush and Bill Clinton had continued to experiment with biological weapons, despite a 1972 international treaty prohibiting them. In 2011, The Guardian revealed that the CIA under President Barack Obama organized a fake Hepatitis B vaccine drive in Pakistan that sought to locate family members of Osama bin Laden through nonconsensual DNA collection, leading the agency to eventually promise a cessation of false immunization campaigns.

CIA Labs, a 2020 initiative overseen by Donald Trump’s CIA director, Gina Haspel — infamous for running a torture laboratory in Thailand — follows a model similar to In-Q-Tel’s. The program created a research network to incubate top talent and technology for use across U.S. defense agencies, while simultaneously allowing participating CIA officers to personally profit off their research and patents.

The size of In-Q-Tel’s stake in Colossal won’t be known until the nonprofit releases its financial statements next year, but the investment may provide a boon on reputation alone: In-Q-Tel has claimed that every dollar it invests in a business attracts 15 more from other investors.

Colossal’s co-founders, Lamm and Church, represent the venture’s business and science minds, respectively. Lamm, a self-proclaimed “serial technology entrepreneur,” founded his first company as a senior in college, then pivoted to mobile apps and artificial intelligence before helping to start Colossal.

Church — a Harvard geneticist, genome-based dating app visionary, and former Jeffrey Epstein funding recipient — has proposed the revival of extinct species before. Speaking to Der Spiegel in 2013, Church suggested the resurrection of the Neanderthal — an idea met with controversy because it would require technology capable of human cloning.

“We can clone all kinds of mammals, so it’s very likely that we could clone a human,” Church said. “Why shouldn’t we be able to do so?” When the interviewer reminded him of a ban on human cloning, Church said, “And laws can change, by the way.”

Even when the methods used for de-extinction are legal, many scientists are skeptical of its promise. In a 2017 paper for Nature Ecology & Evolution, a group of biologists from Canada, Australia, and New Zealand found that “[s]pending limited resources on de-extinction could lead to net biodiversity loss.”

“De-extinction is a fairytale science,” Jeremy Austin, a University of Adelaide professor and director of the Australian Center for Ancient DNA, told the Sydney Morning Herald over the summer, when Colossal pledged to sink $10 million into the University of Melbourne for its Tasmanian tiger project. “It’s pretty clear to people like me that thylacine or mammoth de-extinction is more about media attention for the scientists and less about doing serious science.”

“Critics who say de-extinction of genes to create proxy species is impossible are critics who are simply not fully informed and do not know the science. We have been clear from day one that on the path to de-extinction we will be developing technologies which we hope to be beneficial to both human healthcare as well as conservation,” Lamm wrote to The Intercept. “We will conitnue [sic] to share these technologies we develop with the world.”

It remains to be seen if Colossal, with In-Q-Tel’s backing, can make good on its promises. And it’s unclear what, exactly, the intelligence world might gain from the use of CRISPR. But perhaps the CIA shares the company’s altruistic, if vague, motives: “To advance the economies of biology and healing through genetics. To make humanity more human. And to reawaken the lost wilds of Earth. So we, and our planet, can breathe easier.”