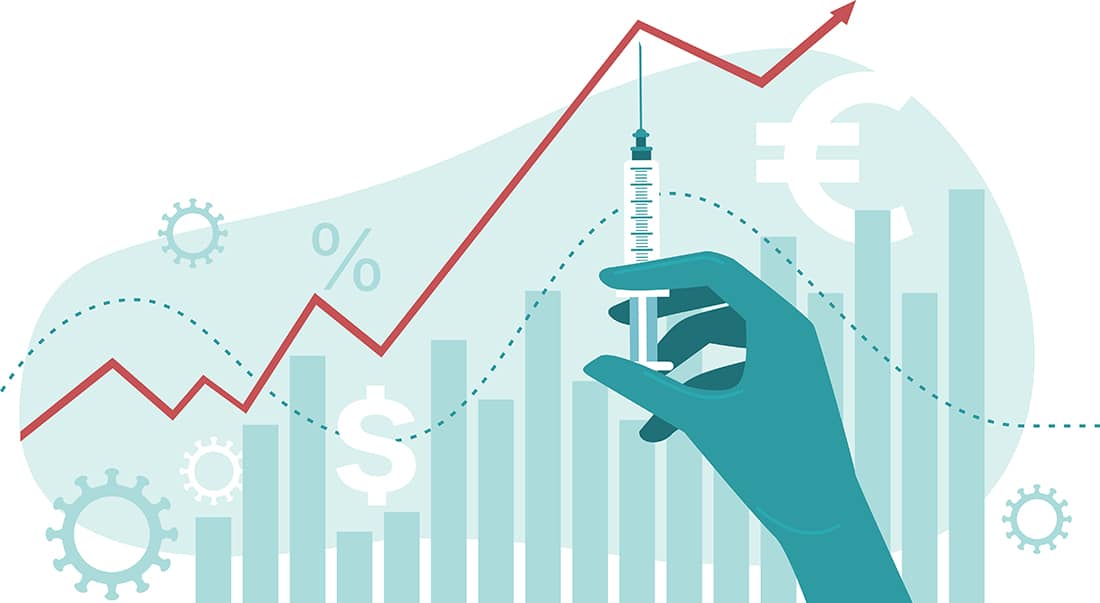 The HuffPo goes on to explain in more detail…

The jump is thought to have been caused by increases in cases compatible with the original Omicron variant BA.1 and the newer variants BA.4 and BA.5, according to the Office for National Statistics.

All the articles cite the Office of National Statistics (ONS) talking about Omicron and seem to consider this an explanation.

None of them mentions the fact the UK’s Health Security Agency (UKHSA) literally changed the definition of a Covid “case” back in February, making it almost inevitable cases would go up.

It’s all detailed in this post from the UKHSA site, helpfully titled “Changing the COVID-19 Case Definition”.

The article explains that the UKHSA will be moving on from the traditional meaning of “cases”, and instead counting what they call “case episodes”.

Meaning that, up until now, one person repeatedly testing positive for “Covid” throughout the pandemic was considered one “case”:

Until now, COVID-19 cases have been reported at the individual level: every positive test taken and reported by one person has been considered part of a single case record, initiated by their first positive test.

But from now on different positive tests of the same person will be considered separate “cases” as long as they are 90 days apart:

Positive test results that are 90 days apart (regardless of negative tests in between) will be considered as a separate episode of infection, and therefore the person is counted as a case more than once.

The supposed justification for this decision is “waning immunity” and the Omicron variant causing spikes in “reinfections”:

Although reinfections were initially very rare, we have seen the number rising slowly over the last two years, as immunity from prior infection wanes and new variants emerge. During the Omicron variant wave, the number and proportion of people being reinfected with SARS-CoV-2 has increased.

However, the inevitable consequence of this decision will be to make the case numbers go up. The press not including this in their story about the rising case numbers is – at best – astonishing incompetence.

In fact, making case numbers go up is literally the only impact it will have.

The UKHSA goes out of its way to point this out, highlighting that the change will have no effect at all on how they monitor infections, since they already treat new positive tests as new cases for the purpose of contract tracing, and have been doing so all along:

contact tracing has undertaken a very safe practice of following all positive cases, regardless of whether they were possible reinfections or cases of prolonged infection.

So, in short, whether or not the change is scientifically justified, it is a purely aesthetic one that will have no impact on anything, except to make case numbers look bigger.

And, of course, it’s not scientifically justified.

They have already stretched the meaning of “cases” well past its breaking point by defining anyone who tests positive as a “Covid case” whether or not they have any symptoms.

Now every single person who, over the past two years, tested positive on the useless PCR tests and was declared a “case”, can test positive again on the same useless PCR and be declared a new case.

Of course, messing with language to inflate statistics has been the modus operandi since the beginning of the “pandemic”. “Fully vaccinated”, “herd immunity”, “cause of death”, “vaccine”, “case” all have been subject to “updated” definition.

Clearly, this further torturing of statistics is about maintaining the flagging “pandemic” narrative.

Allowing people to become more than one “case” means the ever-increasing numbers of people rejecting the vaccines, masks and hysteria can be countered by the steadily dwindling number of NPCs who still religiously take Covid at face value.

It’s a desperation move. One that, hopefully, people will see right through.