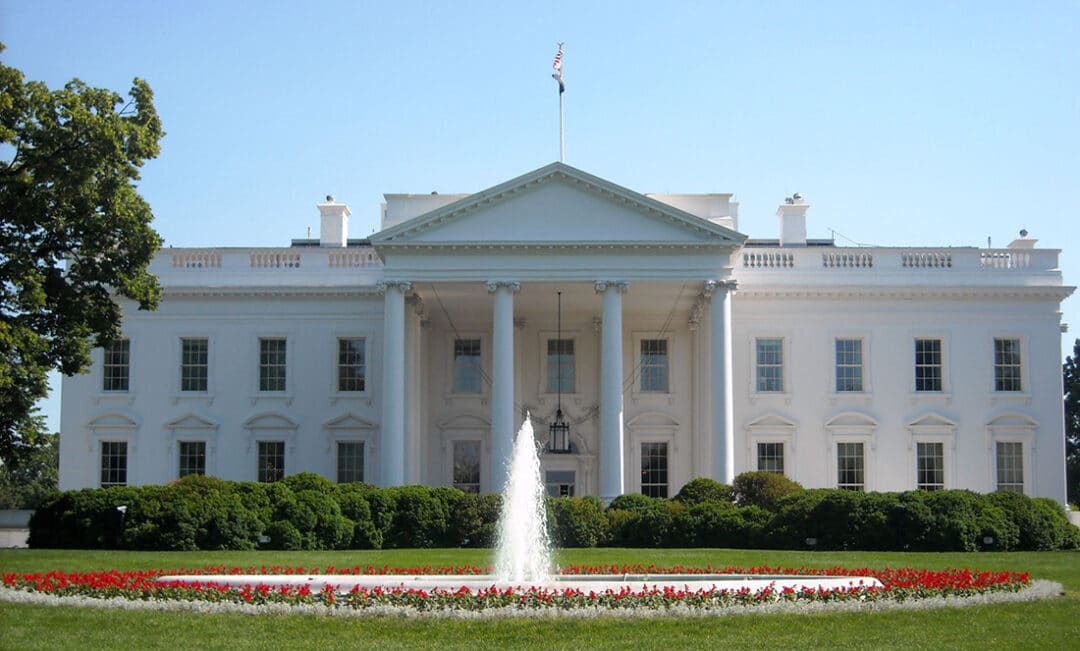 Our Real Enemies Are Not In Beijing Or Moscow: Notes From The Edge Of The Narrative Matrix

My enemies are not in Moscow or Beijing. My enemies are in Washington, Arlington, Langley, Wall Street, Silicon Valley, and Hollywood.

And so are yours. The only question is whether or not you realize it yet.

There’s a massive narrative management campaign geared toward convincing people it’s impossible to simply have a different opinion about Russia and Ukraine. You either fully believe what institutions who’ve lied about every war are saying or you’re a Kremlin agent or useful idiot.

The victims of this narrative management campaign can never really articulate why it’s so extremely important that everyone think the same thoughts about Ukraine. This is because it is not their own opinion; it’s something that was slyly inserted into their minds without their informed consent.

And of course if you’ve been paying attention you can very easily explain why it’s so important for everyone to think the same thoughts about Ukraine. It’s because otherwise the public would never consent to agendas which directly hurt their bank accounts and which could easily lead to a nuclear war which kills everyone they know.

If not for this narrative management campaign, Ukraine would be just another issue like gun control or abortion which you could simply have opinions about without being a secret agent or unwitting tool of a foreign government. And it would be much harder to enforce conformity.

The continually rising likelihood of nuclear war is the single most consequential and dangerous thing that is happening in the world right now, and the political/media class are conspiring to hide this reality from the people to prevent public outcry from interfering in imperial grand chessboard maneuverings.

This conspiracy of silence on the horrifying realities of the steadily escalating nuclear brinkmanship we’re seeing between the US and Russia is the single greatest scandal in the world. Everyone on earth has a loaded gun to their head right now, and these bastards are hiding this reality from everyone. They’re covering it up.

January 6th was a pretend LARP version of what the US actually did in real life in Ukraine in 2014 and in many other nations in recent history.

Anyone who believes Trump wouldn’t be throwing the US empire’s weight behind the Ukraine proxy war just as forcefully as Biden is a dopey partisan hack.

The people with the largest platforms are almost always the people who are least worthy of your attention. Celebrities, politicians and pundits have the most boring, vapid, homogeneous worldviews imaginable and seldom say anything you’re not already hearing from all the others. 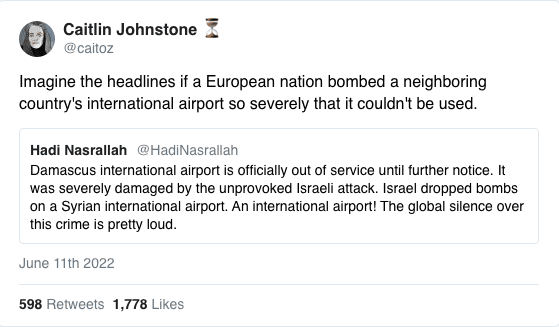 Any analysis of world power dynamics which doesn’t account for the US government’s unique, front-and-center role in worldwide tyranny and oppression is empty children’s entertainment.

They’ll make AI that can have intelligent conversations. They may even make AI that can perform complex psychoanalysis and create original philosophy. But none of that will mean there’s a conscious subject perceiving all that from within it. Human ingenuity is no closer to understanding how to do this than it was in the Stone Age.

The AI that’s stirring controversy about machine consciousness today is no more conscious than a calculator. I’m not saying it will never happen, just that we’ve not yet seen any evidence to believe it will. If it does, it will probably wildly alter our understanding of the universe.

Meanwhile we know it’s very possible that militarized AI will end up getting us all killed and other forms of AI can be used to oppress and manipulate us. We probably should pay a little more attention to that area of concern.

Billionaires? There’s a gulag for that.