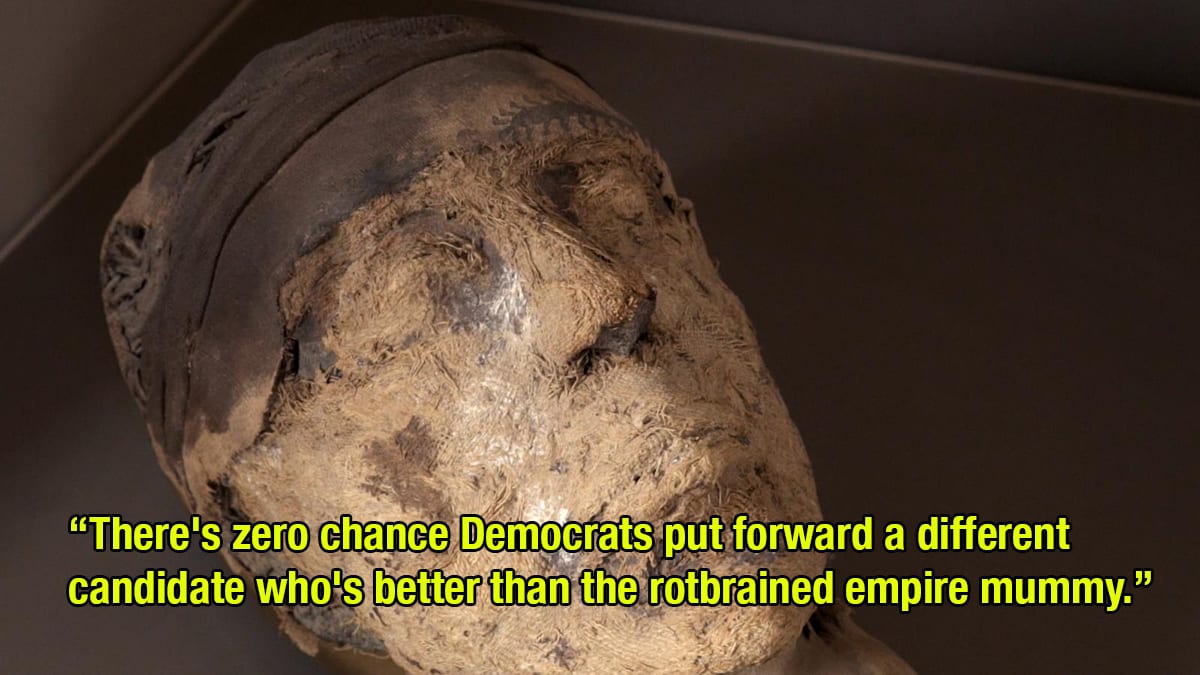 The Biggest Lie The Hawks Ever Sold: Notes From The Edge Of The Narrative Matrix

The US is the only nation on earth whose entire economy is built on arms manufacturing and security guarantees to tyrannical Gulf states. It’s not just correct to call the US empire a uniquely evil power structure, it’s correct to say it’s impossible for it not to be.

Saudi Arabia’s destruction of Yemen and proxy warfare in Syria are many thousands of times more evil and horrific than the assassination of one Washington Post columnist, but because the empire is built on that kind of bloodshed it gets far less attention.

Biden continuing the unbroken presidential tradition of courting the Saudis is not a betrayal of US values but a very normal expression of them. You either want the complete dismantlement of the US empire or you don’t. If you don’t, quit bitching about how the sausage gets made.

On one hand polls say Americans don’t want Biden to run again, but on the other hand there’s zero chance Democrats put forward a different candidate who’s better than the rotbrained empire mummy.

Anyone who still buys this schtick is a fucking moron:

This is his sixth plane, and he also took down a cruise missile.

Current proxy warfare tactics in Ukraine have no chance of delivering a swift defeat to Russia. What they do have is a pretty good chance of creating a costly military quagmire for Russia and a 100 percent certainty of creating massive profits for the arms industry.

The biggest lie the hawks ever sold was that their militaristic policies prevent the problems they actually create. Militarizing against Russia caused this war. The war on terror created terror groups. Continuing the encirclement of China will likely lead to a nasty confrontation there. Etc.

Working to bring down Moscow and Beijing would be a great way to move toward securing unipolar planetary hegemony while simultaneously unleashing the kind of worldwide economic chaos and desperation that shock doctrine capitalism engineers have heretofore only ever dreamed of.

At the end of this clip Bolton cites “classified information” as the reason he won’t name the other US coups he’s helped orchestrate, calling to mind when Assange said “The overwhelming majority of information is classified to protect political security, not national security”:

John Bolton was asked to elaborate on his comment last weekend that he “planned coup d’etats” when in the WH: “This is something some of the snowflakes on the Left really were kind of shocked at, but when you’re looking out for America’s best interests, you do what’s necessary.” pic.twitter.com/7XC7xvRVuR

The most important job of the western media right now is convincing the public that the world’s major powers splitting into two increasingly hostile alliances is probably nothing to worry about.

Celebrities “getting political” is not a problem in itself. The problem is that most of them don’t start growing their political awareness until they’re already famous, when they’re informing their worldview from inside an elite echo chamber that has a vested interest in preserving the status quo.

This is true because mainstream political worldviews do not exist to help people and make good things happen, they exist to facilitate plutocracy and empire. Nobody who deeply investigates their nature and contrasts them with alternatives comes away thinking they’re the best, whether they’re someone with left-wing or right-wing sympathies or anywhere in between.

The empire still fears the public. If it didn’t it wouldn’t bother rolling out so much propaganda ahead of all its depraved actions — it would just act. They work so hard to manufacture our consent because they’re still afraid of what we’ll do to them if we decide we don’t consent.

Just something I think is worth calling to mind once in a while.